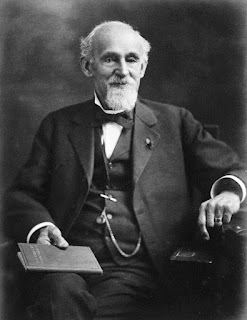 Another year of summer camp has come to an end. It has been a summer full of fun and excitement. Thousands of children and individuals alike for one hundred years, have been impacted by the Brashear Association. Several are quite familiar with the name, Brashear, but few know anything about our association's namesake. Allow us to put the name with the face; the face of a man, whom for a century has changed the lives of many.

Surprisingly the story begins with science. In the mid-eighteen hundreds a young John Brashear began falling in love with the idea of astronomy.  He began by making a refactor in a workshop behind his home. He would work once he got home from work in the evenings, and on into the night, on his refactor. This is where the road began for John.

Perhaps you may say it was something of a domino effect for John Brashear. Soon after the completion of his refactor, John began manufacturing his own astronomical and scientific instruments. Each one signed and numbered by hand, by John himself. Little did he know at the time, John would be soon establishing his own company, appropriately named, "The John A. Brashear Company"; gaining world-wide respect.

John began to truly establish roots in Pittsburgh and around the world, quickly becoming a common household name.  He was endearingly called, "Uncle John", by all who knew of him. Brashear's passion for education, and children, is what led to the start of the Brashear Association.

The Brashear Association was born in the year, `1917, only three years before his death, in 1920. "Uncle John" would be astonished at the momentum that has kept the association going for 100 years. It is in just two weeks that we celebrate the birthday of this incredible association. It has been a full and plentiful 100 years, and thousands of people have been impacted--all with the start of a telescope.

Posted by Unknown at 5:44 PM
Email ThisBlogThis!Share to TwitterShare to FacebookShare to Pinterest