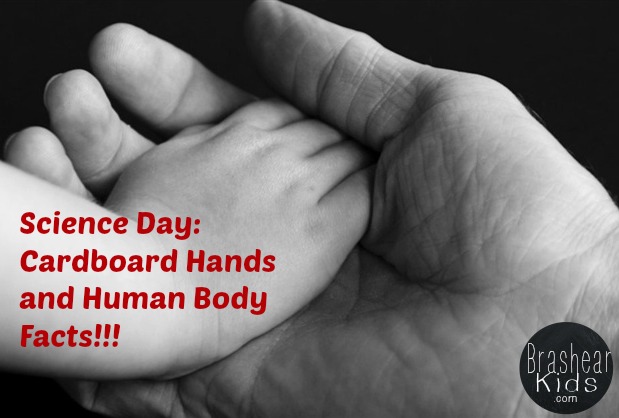 A few weeks ago we had a visit from the Hilltop YMCA KEYS members, who worked with Ms. Sarah's 2nd & 3rd grade class to make cardboard hands.  The students used pencils, cardboard, tape, and straws. 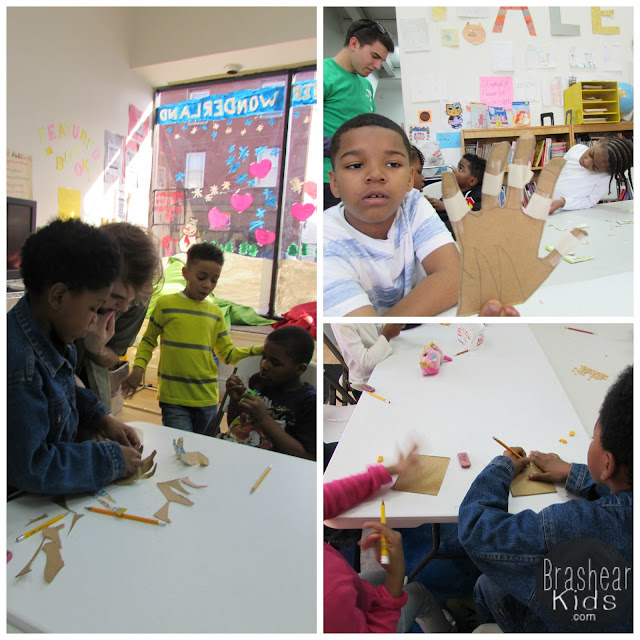 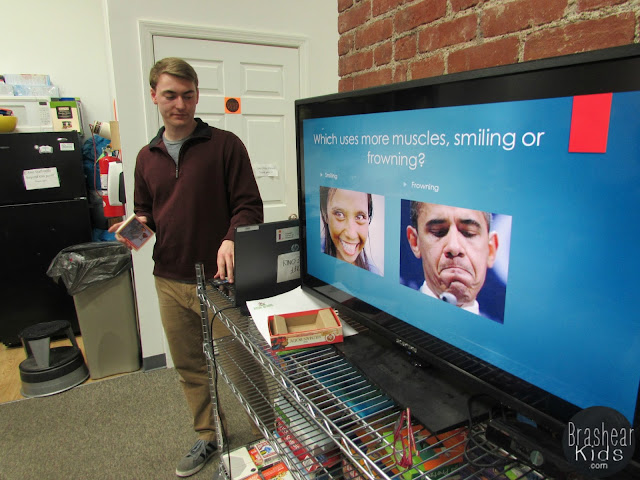 The 4th & 5th grade class had a lesson about the human body.  They learned that frowning uses more muscles in the face than smiling, that the average human has the same amount of vertebrae as a giraffe, and that babies have more bones than adults, and more! 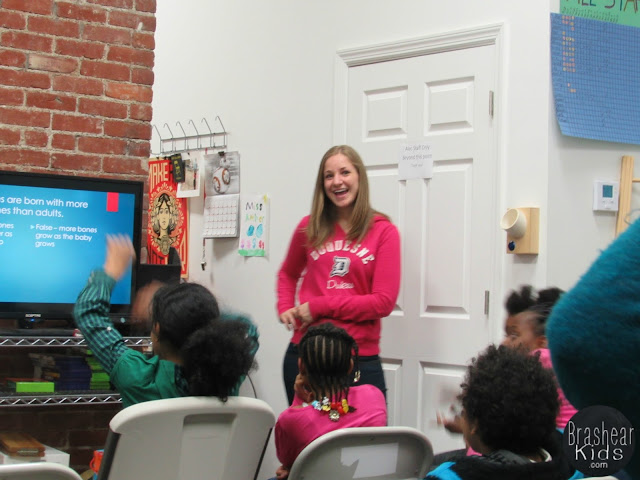 Many of the students were able to guess the right answer using some common sense and thinking about their own life.  One of the easiest ones was: which grows faster, fingernails or toenails?  The answer is fingernails - and everyone got it right!  Fingernails actually grow 4x faster than toenails.  I asked the students to think about how often they clip their fingernails, compared to how often they clip their toenails.
We were able to incorporate some activities, such as turning off the lights and turning them on quickly - the students had a partner and watched their partner's pupils change when the light turned back on.  It was a fun lesson to have silly trivia about some of the really cool things our body can do!

- Steven
Posted by Unknown at 10:00 AM
Email ThisBlogThis!Share to TwitterShare to FacebookShare to Pinterest