It's hard to believe that my summer is winding to a close and my time at the Brashear is over.  When I first contacted Amber about an internship with her, I wasn't really sure what to expect or what my summer with them would look like.  All I knew, was that I was excited to work with her and the kids up at ALEC.  I wasn't expecting to make such great friends with the ALEC staff, go on adventures, have the opportunity to interact with other members of the community, or even learn new things that the kids were learning during their camps.  There were some challenges along the way, sure.  It can be difficult to get elementary aged children to listen and stay focused for hours at a time, especially if the particular activity we are engaging in doesn't necessarily interest them.  Luckily, those aren't the memories that stand out to me, but the fun moments with the kids are what will stick with me from this summer.  But overall, my time working with the kids was great and I would not change a second of it.  Here are some of my favorite memories and stories from the summer:

Outdoors Camp:  Hands down, my favorite camp this summer.  I've never been a huge outdoorsey person, but Venture Outdoors made being outside just so darn fun!  I really loved kayaking with the kids.  The first time we went out, I went with Jamie, who was super nervous about kayaking on the river.  The first half hour or so, she was still super nervous and wasn't really enjoying herself quiet yet, but the moment she was finally like, "this isn't so bad" we had a ton of fun working together and would try and beat the other kayaks in races. 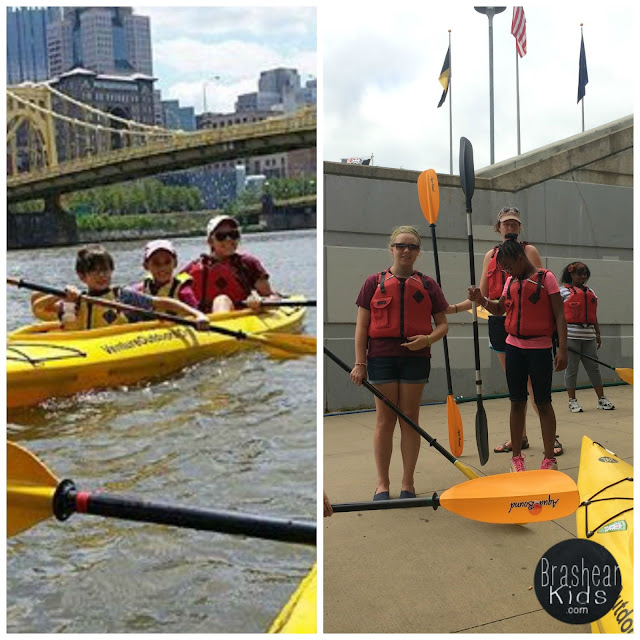 Which, we won several of them!  We also got completely soaked from the intensity of our paddling and trying to race the other kayaks.  Also, another thing I loved about Outdoors Camp, was the Venture Outdoors staff exposing me to these really great hiking sites, like at Grandview and Frick Park, that I had no idea existed before camp.

Art Journals:  Amber had the kids make art journals last summer and we decided to bring them back during Tech and Outdoors Camps.  We would set out blank journals, markers, magazines and postcards out for the kids to draw and find fun pictures to put in the journals. 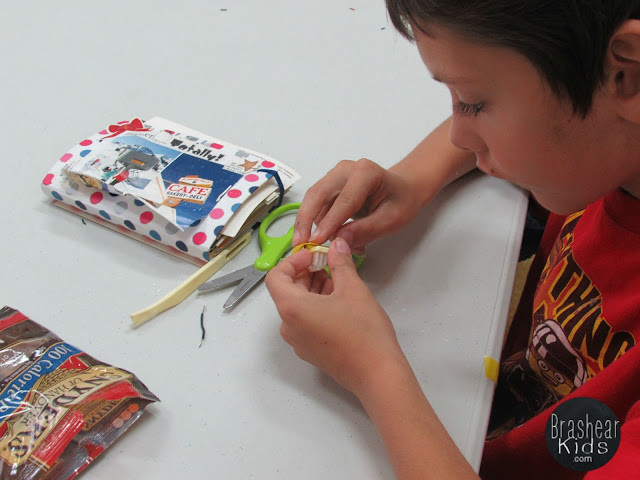 The kids loved them.  It was so great to have the opportunity to just sit and talk with the kids about their lives, their interests and their hopes and dreams during this time.  It was also fun to play the game of whats the silliest picture we can find.  This one day, Nick, was flipping through magazines just cutting away. 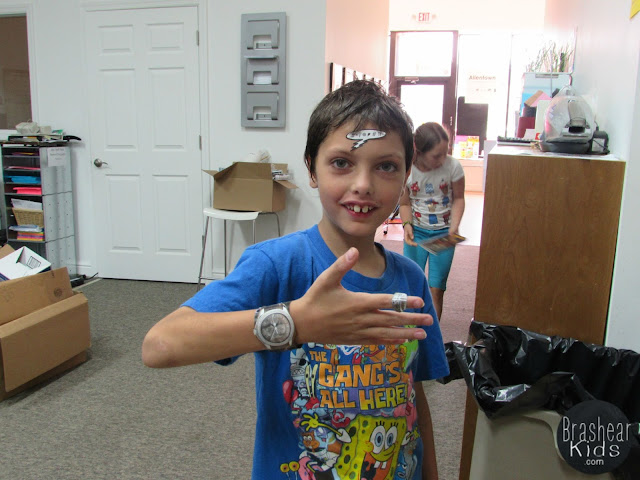 Next thing we know, he has this giant watch and necklace and different manly jewelry cut and taped onto him and just walked around with them on the rest of the day.

Box Trolls:  Making costumes out of extra cardboard boxes started during the end of Tech Camp but didn't really take off until Maker Camp. 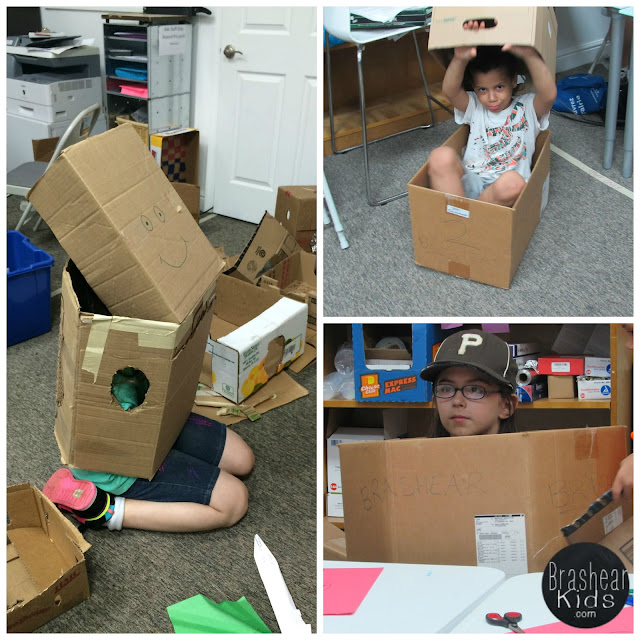 Lilly started the box troll phenomenon.  She would put on a box, and just walk around, and when she would see another person, she would go, "Ah! Human!" and drop down and hide in her box.  Pretty soon, more and more kids joined in and there was just this little box troll community going on. 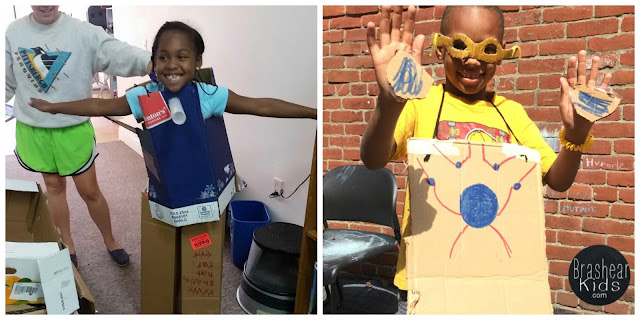 Also, Cardboard Iron Man made an appearance.  It was always so fun seeing the kids creativity come alive.  Who knew cardboard boxes would be such a hit. 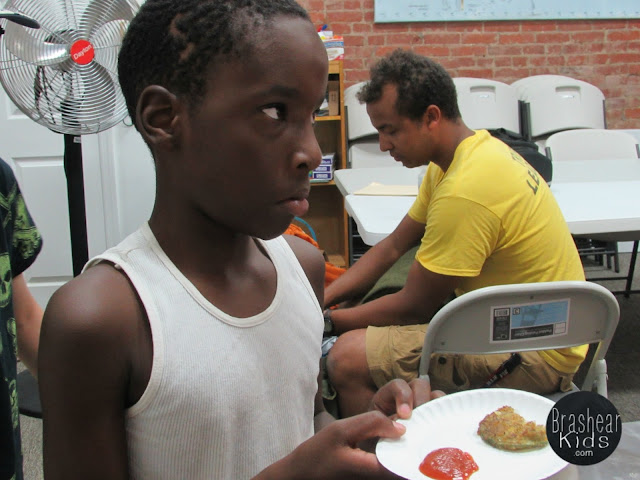 The kids were super super skeptical of fried zucchini.  The looks on their faces before the first bite and during the fist bite were absolutely priceless.  And you know what,  9 times out of 10, the kids ended up surprising themselves by liking the new foods they tried.

Selfies:  The kids love getting their picture taken.  What they like almost more than that, is taking selfies.  They were too much fun. 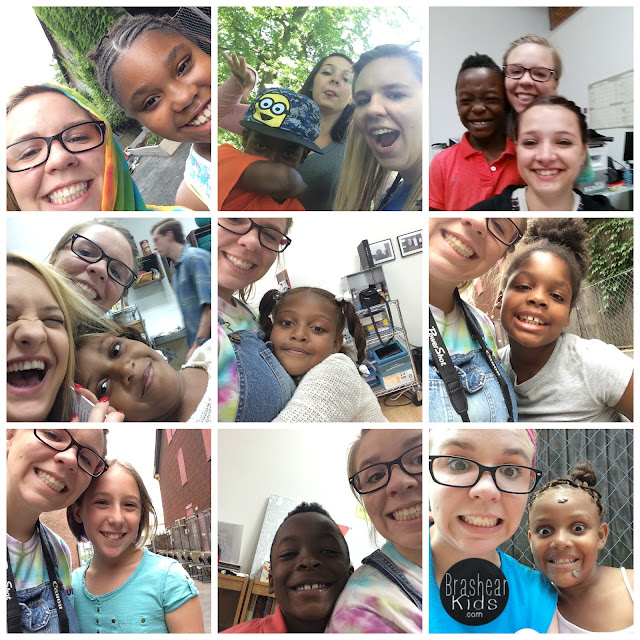 I could go on and on about different stories and memories from this summer, but I'll save you from reading a crazy long blog post!  My point is, these kids are so great.  And it was an honor to have the opportunity to work, play and talk with them this summer.  The point of our summer camps was to teach them new things, but they taught me a lot this summer as well.  I will miss spending my time at ALEC, and I hope that i will have the opportunity to work with the kids again in the future, even if it's only for a short visit. 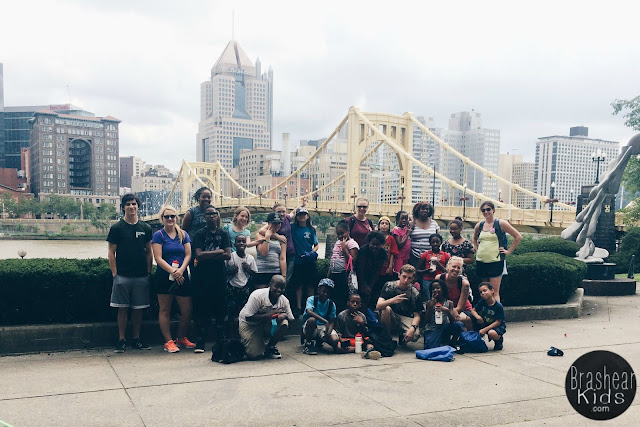 Thank you Brashear Kids for an unforgettable summer!

- Jen
Posted by Unknown at 12:00 PM
Email ThisBlogThis!Share to TwitterShare to FacebookShare to Pinterest