The second week of tech camp ran from July 6th to the 9th and our time flew by!  The kids had a ton of fun continuing to expand their knowledge of technology!

We started with handheld fans. 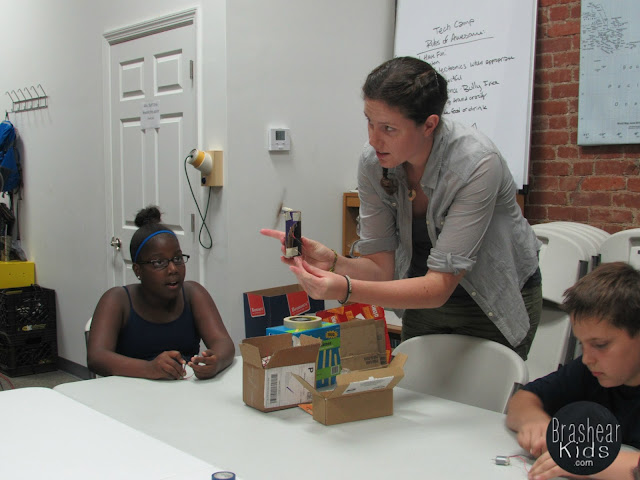 The kids were given a cardboard, popsicle sticks, dc motor, copper wire, and a battery to create some kind of fan. 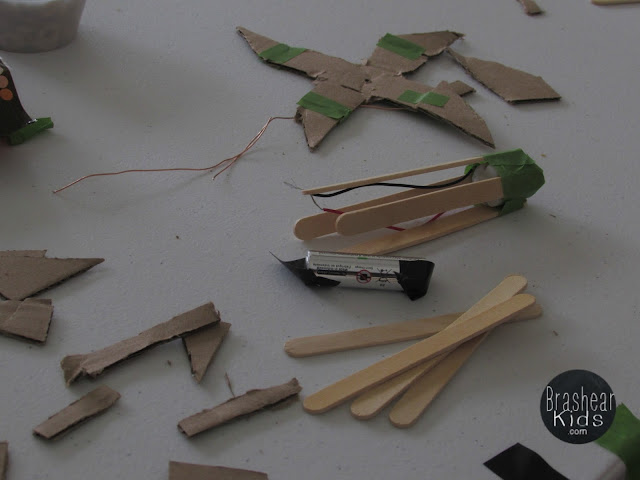 The designs varied from typical handheld fans, to a cardboard propeller hat. This project was a hit. Every student ended up with a working fan of some sort. Participation was at its highest, as was ingenuity. 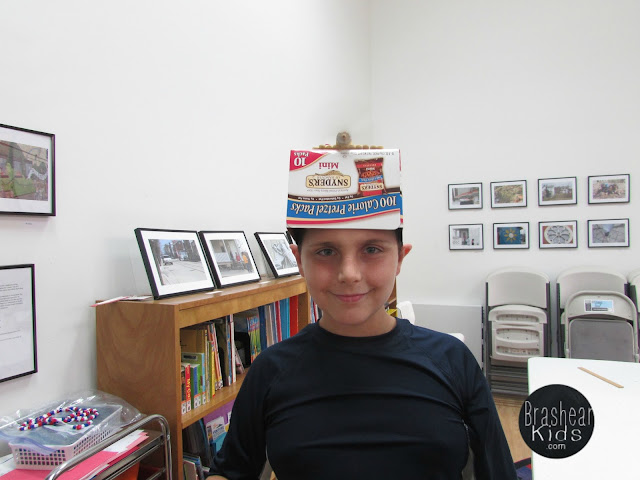 Some added colors to the propellers of their fans to create rainbows when the fans were turned on.

The next day we worked on popsicle stick flashlights. This project involved copper tape, aluminum foil, LEDs, batteries, and a binder clip. The binder clip acted as an on/off switch. Some students had difficulty getting the connections taped together and working properly. 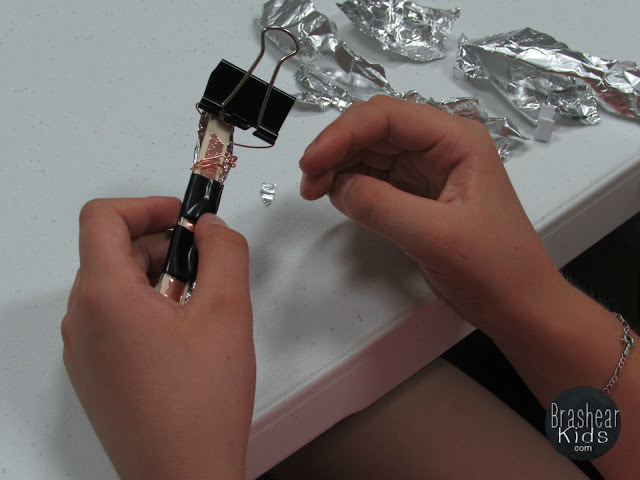 In retrospect, wider popsicle sticks would most likely have made life much easier. Once they were done with their flashlights, they were free to add cups to the end to make it shine better. 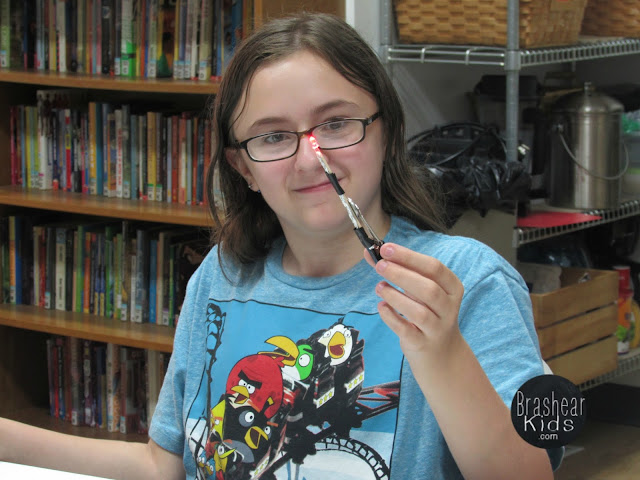 They also were given motors to continue with the previous day’s lesson, and try to build a cardboard car, however, despite group efforts and some impressive engineering, no cars moved forward. 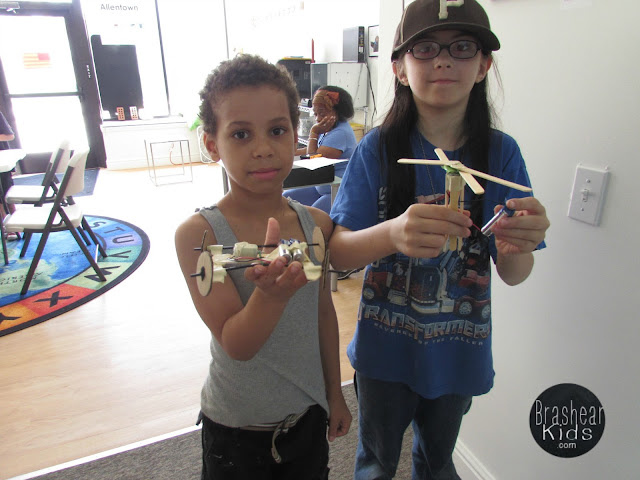 On the third day of week two, we created led light up wristbands or headbands. This project went over very well. It involved copper wire, LED’s, batteries, and felt. They used their circuit knowledge to add metal snaps that would close the circuit and turn the light on.

On the final day of camp we attempted bristle bots. These bots involve vibrating motors attached to the bristles of a toothbrush. 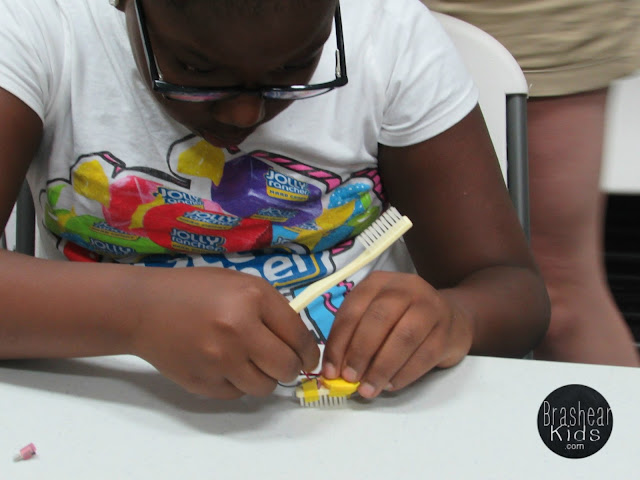 Googly eyes really make them. A few students got theirs to work, however, there was a lot of difficulty getting the wires to connect to the motor. 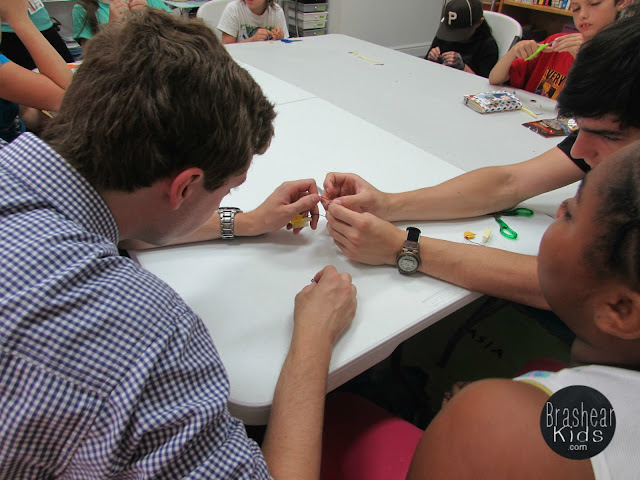 In retrospect, the wires should have been soldered in place before hand, so the kids would only need to attach their motor assembly to the battery and then on to the toothbrush. The plan for the day was to have a race at the end, however, we ran out of time. We plan to solder the wires on and revisit this as a free time activity in the future.

Overall, Tech Camp went really well.  The kids enjoyed learning about technology while having the opportunity to get creative and make new things!

Posted by Unknown at 2:00 PM
Email ThisBlogThis!Share to TwitterShare to FacebookShare to Pinterest