Hello, all. We had a wonderful Day of Science this week learning all about chemical reactions. We had a special guest in the classroom to teach us the lesson... Dr. ALEC, the mad scientist! 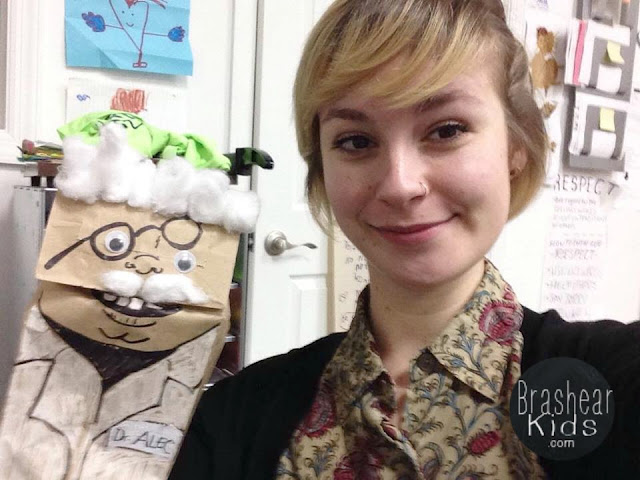 Dr. Alec was unaware that his glasses were askew in this picture!
His mind is simply too consumed with science.

This put a fun spin on our science lesson, as it got more students engaged and curious about the "evil scientist" and his plans for our lessons.

Dr. ALEC explained that he had come all the way from his evil lair to experiment with two top-secret ingredients, baking soda and vinegar. He believed something interesting would occur when these substances were combined in a confined space, such as in a beaker covered by a balloon.

Our guest then asked the students to get into (three) groups and hypothesize what would happen when 60ml of vinegar (the controlled amount) were combined with varying amounts of the baking soda. Each group would decide on different amounts of baking soda. 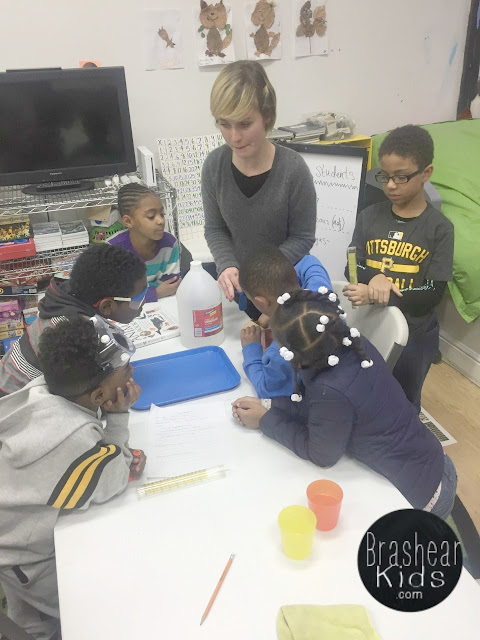 Dr. ALEC graciously allowed a person with arms to conduct the experiments while he observed. Student helpers from each group put the vinegar and baking soda together. 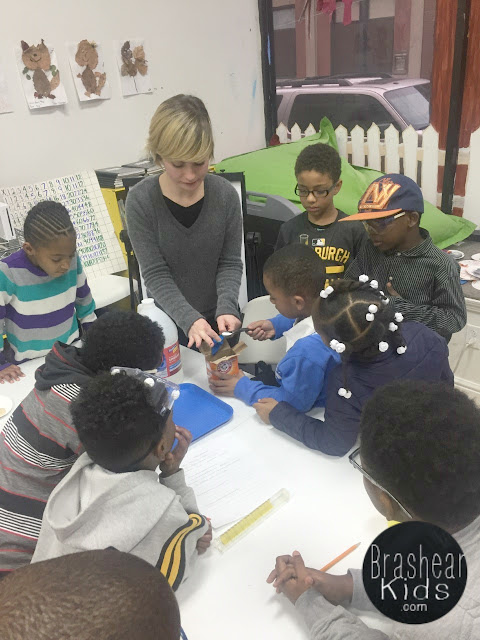 The three groups used 1, 2, and 3 teaspoons of baking soda, respectively. One of our balloons ended up having a hole in it, an unexpected variable- so the reaction became quite messy! Nonetheless, we were able to deduce that the more baking soda, the stronger the reaction. 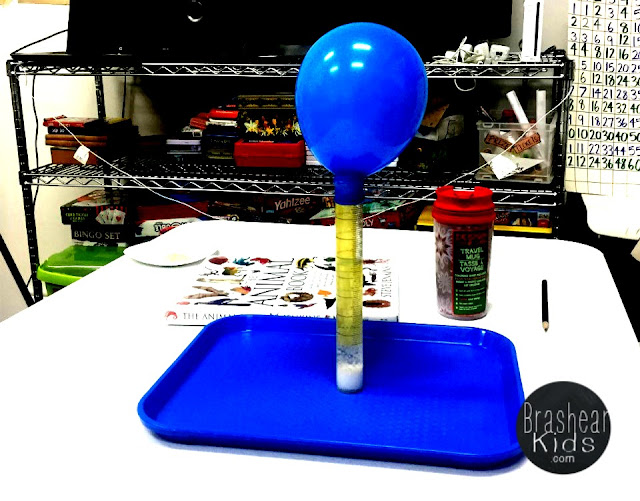 The student's hypotheses were very intelligent predictions, Dr. ALEC mused- but now it is time to explain the science behind our evil experiments! The gases released from this acid-base reaction , carbon dioxide to be precise, try to escape from the beaker but have nowhere to go with the balloon in the way! Thus, the balloon expands. How fascinating!

As always, thank you for reading-

Posted by Unknown at 11:53 AM
Email ThisBlogThis!Share to TwitterShare to FacebookShare to Pinterest