The Brashear Kids Take it Outside: Outdoor Camp! 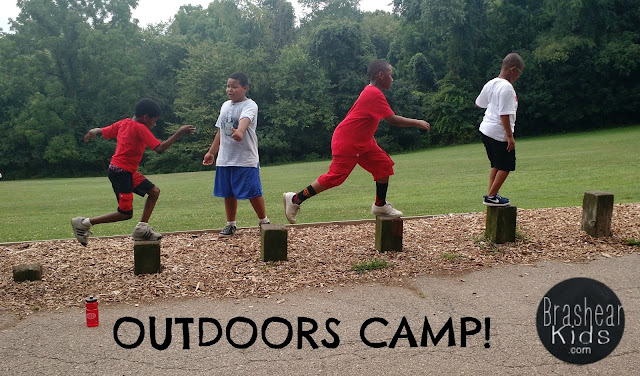 All this week, the Brashear Kids had the opportunity to do different activities with our friends from Venture Outdoors! We got to go on a few field trips, try some new things, and get moving while spending time outdoors. On Monday, Mr. Evan and Ms. Ashley from Venture Outdoors came to ALEC to introduce themselves and play a few team building games with us! Mr. Evan even remembered some of the kids from last year's Outdoor Camp. The games we played focused on working together and following instructions. This was important, because the trips we had planned for the rest of the week may have gotten a bit hairy if kids decided not to listen. 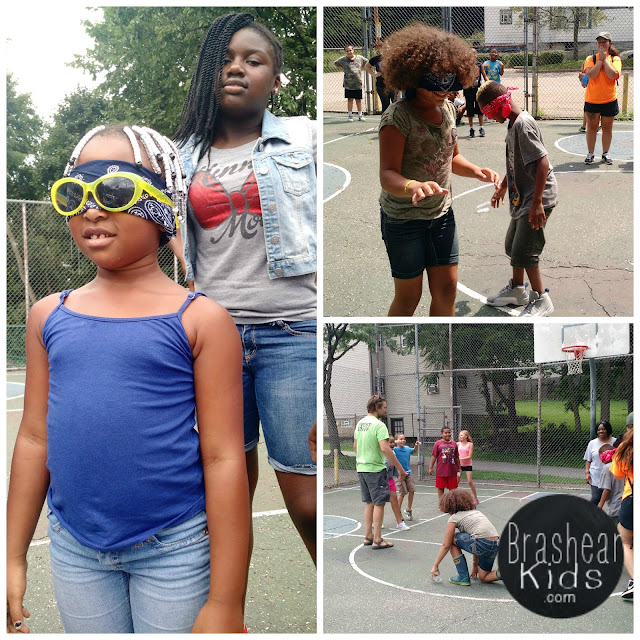 Encouraged by the teamwork we saw at the park, on Tuesday we all piled into a bus and took a drive down to the North Shore for a bike ride! Some kids hopped on and went full speed ahead (for four miles!), but others were less confident in their biking skills. Those who needed a little extra time getting used to the bikes got to hang back with some teachers and practice for a bit. Everyone made some pretty impressive progress! The Brashear Kids are usually pretty good sports when it comes to trying new things. 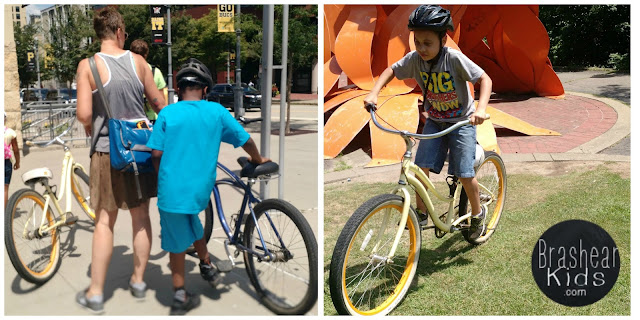 Wednesday was kayaking day! It was an activity that a lot of kids were excited about, but a lot were nervous as well. The Venture Outdoors staff fielded a lot of questions before we got started (What if I can't swim?! What happens if I drop my paddle?! Are there sharks in the water?! etc.), but they were very patient with us. They taught us how to paddle correctly, fitted us with life vests, assured us that we would neither drown nor get eaten by sharks, and we were on our way! 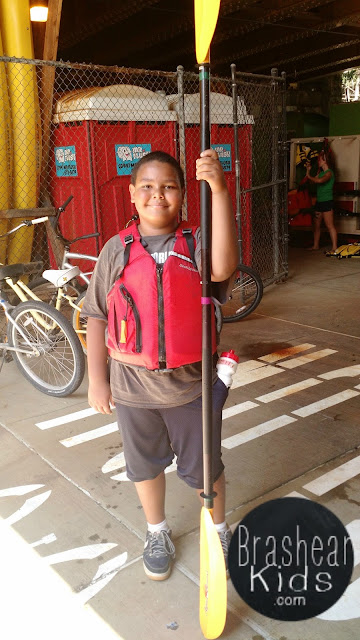 Note the water bottle in J's pocket. Hydration is important!!

It was worth the risk! Everyone had a blast. While we were having fun, we got to revisit some of the lessons we learned from previous camps! When one of the kids asked why there was garbage in the water, it gave us a great opportunity to remember when GTECH visited during ECO Camp to talk about water sheds and water pollution. It's awesome to see their little minds start to independently draw connections between all the camps they've participated in. 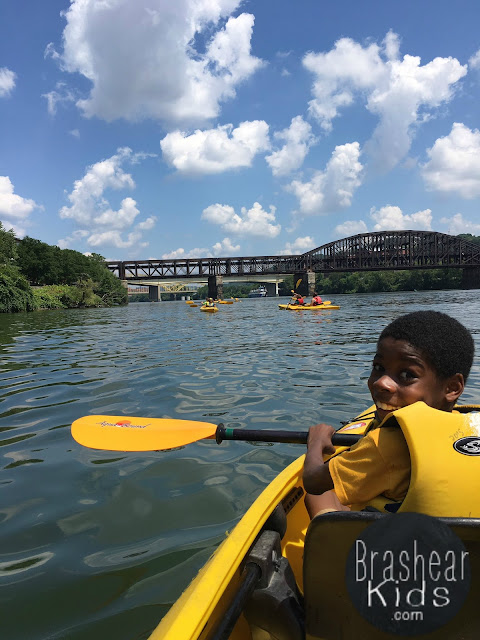 Thursday was our last day of camp for the week, and we went on a hike in Frick Park! We got to test out all the exercise equipment along the trails, commune with nature, and play some games. At one point, the kids spontaneously rolled down a hill all together! It was a pretty silly sight. After our hike, we even had some time left over to play on the blue slide playground! 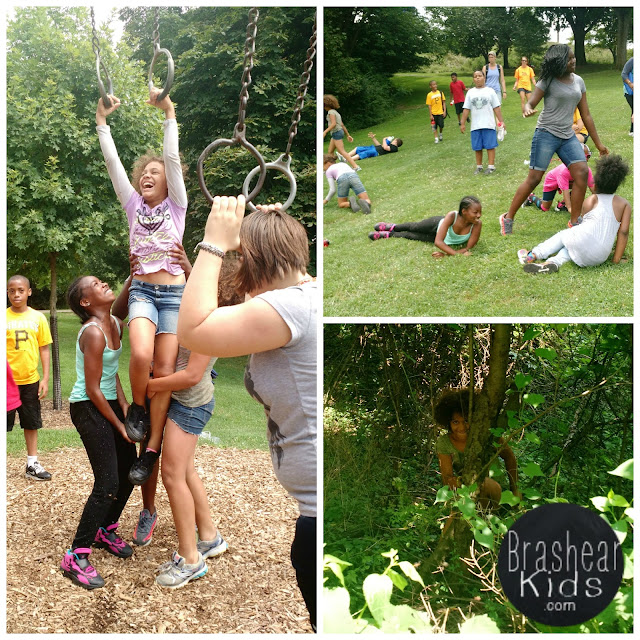 As always, when we got back to ALEC, we had a healthy snack.This time, we got to chow down on some strawberries and cucumbers that we picked from our garden! Having fresh produce so easily accessible to us is a pretty rad experience. 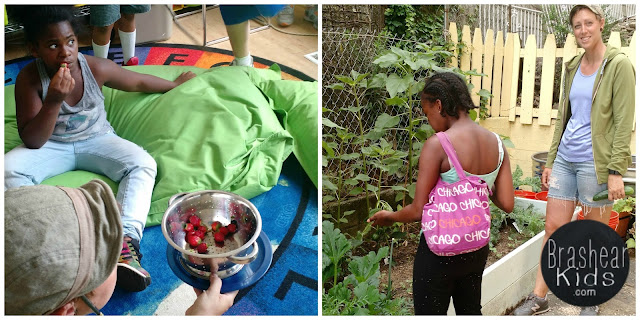 Thank you so much to Venture Outdoors for making this week possible! The kids AND the teachers are already jazzed to do it all again next week.

Posted by Unknown at 6:49 PM
Email ThisBlogThis!Share to TwitterShare to FacebookShare to Pinterest