Our Actual Final Visit from CLP! 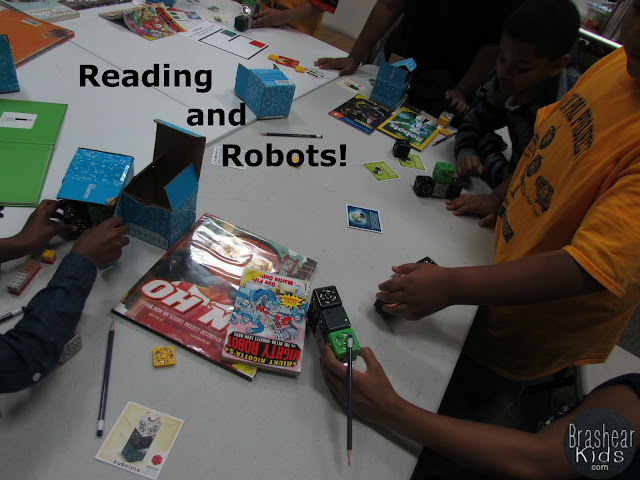 Our last Wednesday of the after school program was in fact our last visit from Ms. Laura and CLP.  She brought some books to read about robots, as well as a few fascinating toys... 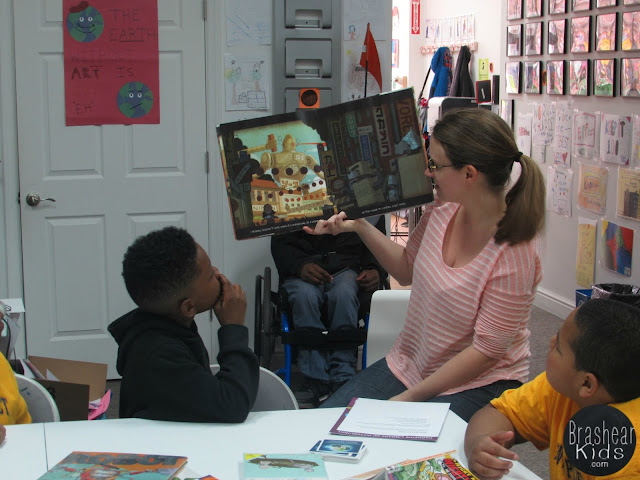 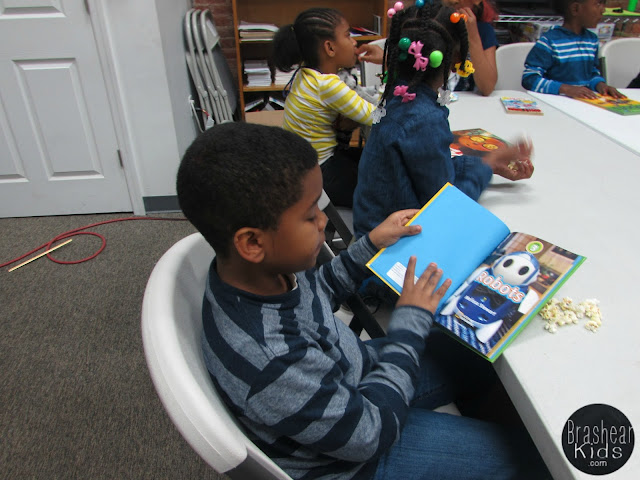 And then, the long awaited moment - the activity!  And boy, oh boy, did the students enjoy it.  Ms. Laura brought us cubelets to play with!  These tiny robots use magnetism to connect cubes and operate in several really cool ways! 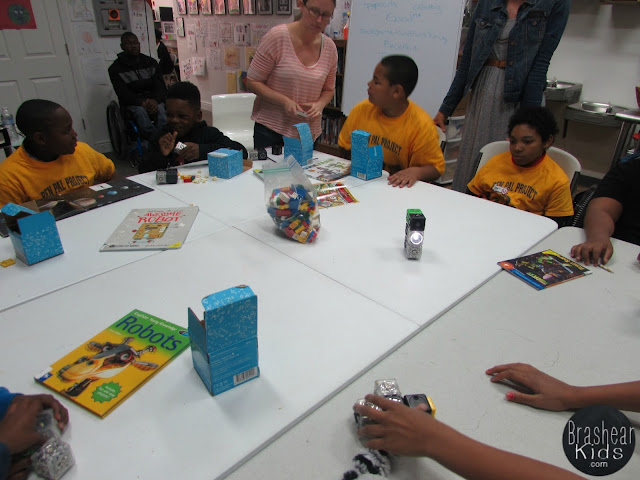 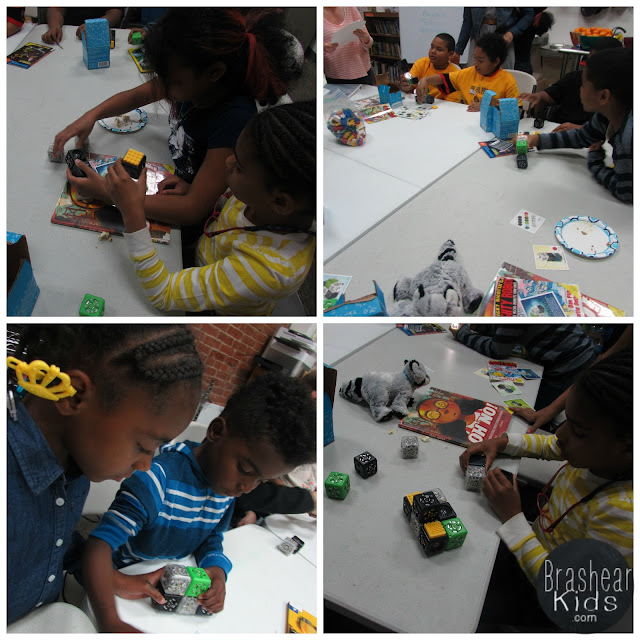 The students started by following directions on small cards, which provided several different designs for the cubelets.  One moved forward when it saw motion in front of it, while another only lit up when the lights were on and turned off its light when the sensor was covered! 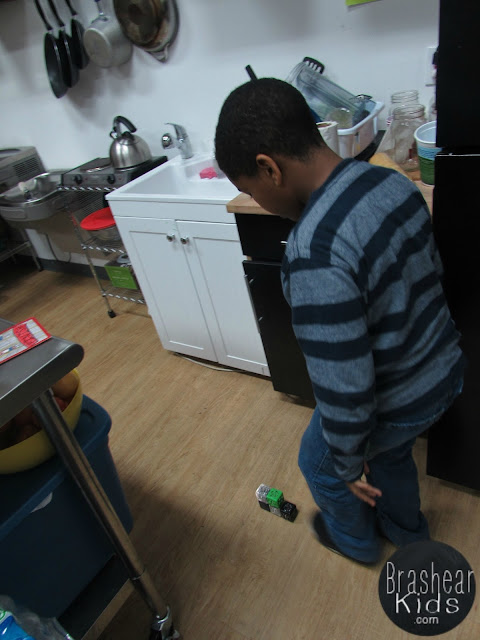 After a bit of experimenting, some of the students even managed to build robots that operated a little oddly, such as this one which would only stop when it detected something in front of it!

All told, the students were engaged from the beginning when they realized they would be hearing about robots.  There were only enough cubelets for the students to play with them in pairs, which caused a little frustration, but eventually they figured out good ways to share and work together.  Naturally, they didn't want Ms. Laura to leave because they did not want to stop playing!  That just goes to show that learning can be fun!

A huge, huge thank you to Ms. Laura and Carnegie Library of Pittsburgh for coming to visit us at ALEC each month this school year!  The students always had a blast hearing her stories and doing her activities!  Until next time,

Posted by Unknown at 12:35 PM
Email ThisBlogThis!Share to TwitterShare to FacebookShare to Pinterest