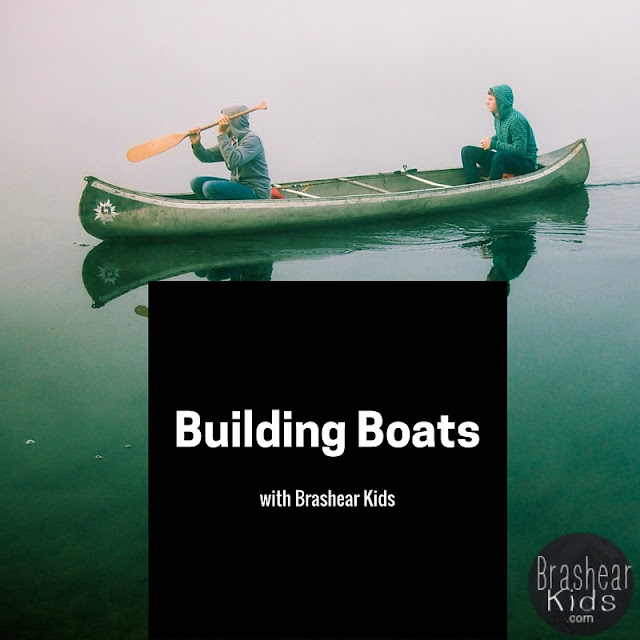 We see boats a lot throughout our lives, and transportation via water is a fairly essential aspect of life for many places, especially port cities.  For science day, Mr. Steven challenged his class to think about the different shapes of boats we see and had them make their own using just aluminum foil. 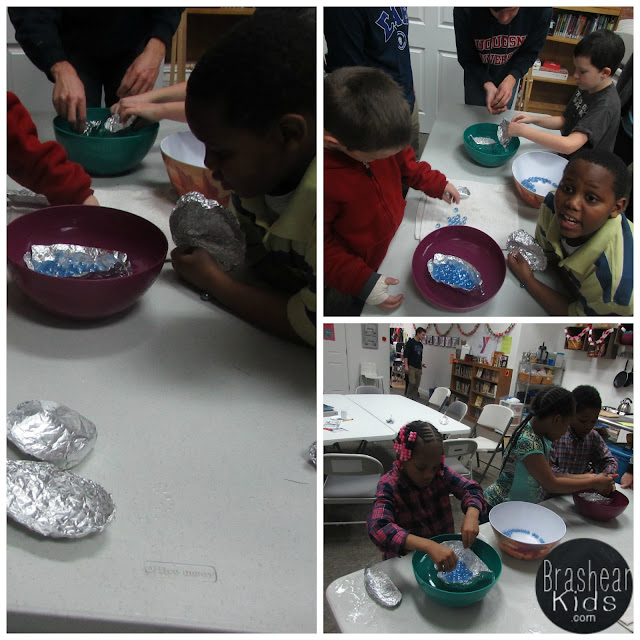 After they built their boats, they tested them out in a bowl of water to see which could stay floating carrying the most weight.  Several different factors came into play, including the height of the sides, the shape of the bottom, and how thick the boat was.  Some kids opted to fold the foil in half, while others used it exactly as it was given.

Afterwards, we discussed the different uses for different shapes, and why some might be more effective than others for certain jobs, such as barges, ferries, and canoes. 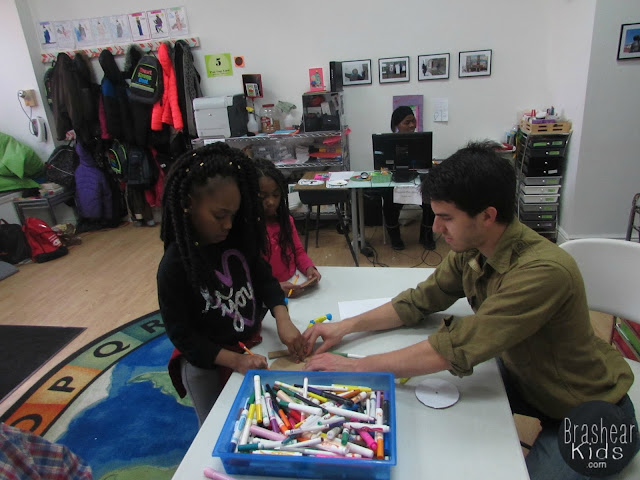 Hilltop YMCA also came and did some engineering of their own with Ms. Sarah's class.  They cut out their own cardboard wheel, glued a pencil to the inside, and decorated the cardboard.  The end result was their own top to spin!  Some of the kids finished early and came back to see if they could build a boat as well. 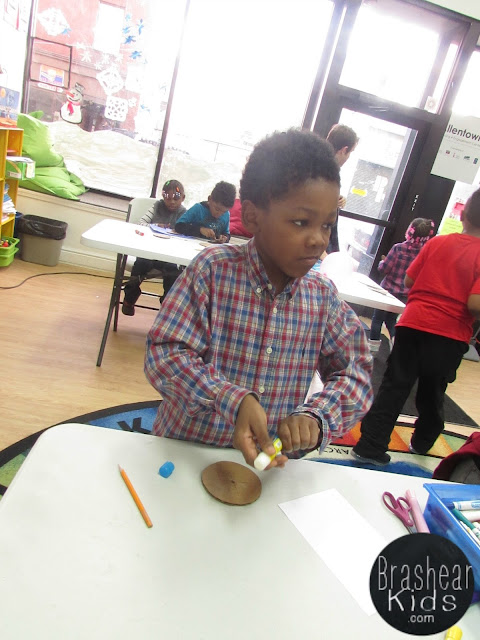 Some big takeaways from the day include the idea that competition really needs to be guided with these younger kids.  It was great that they tried hard to do the best, but they saw it as an opportunity to brag rather than encourage others.  Most kids kept asking for more foil to keep making boats, but Mr. Steven made sure they understood that he gave them all two big pieces to make two boats.  Several kids began the activity with smiles but were in poor moods after not "winning".

However, both activities encouraged them to think about the applications of their creations and some unique ideas were brought up.  All in all, a good time was had by everyone!  And a bonus - easy clean-up!

Posted by Unknown at 11:33 AM
Email ThisBlogThis!Share to TwitterShare to FacebookShare to Pinterest