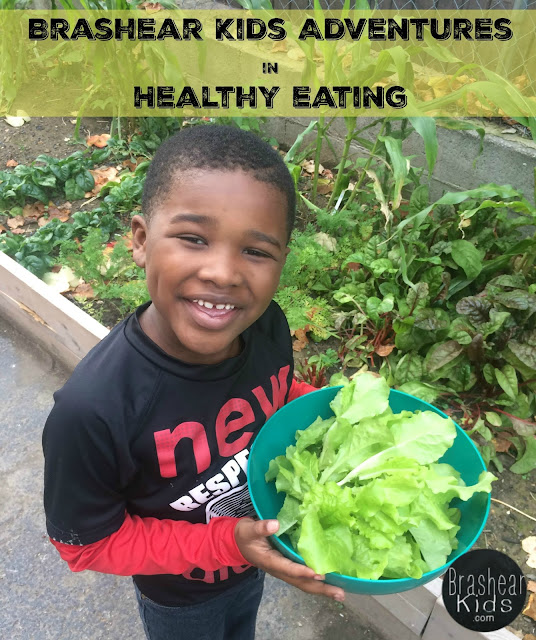 We have had quite the year of adventures delving into new foods at ALEC. After our ALEC grand opening in June it was a whirlwind of camps, programs, projects, and making new friends. We received a Healthy Helper Award from Fit United of United Way earlier this year to implement a garden bed at our new space. Due to the move we had a late start but decided to plant some items anyway and see what we could harvest. 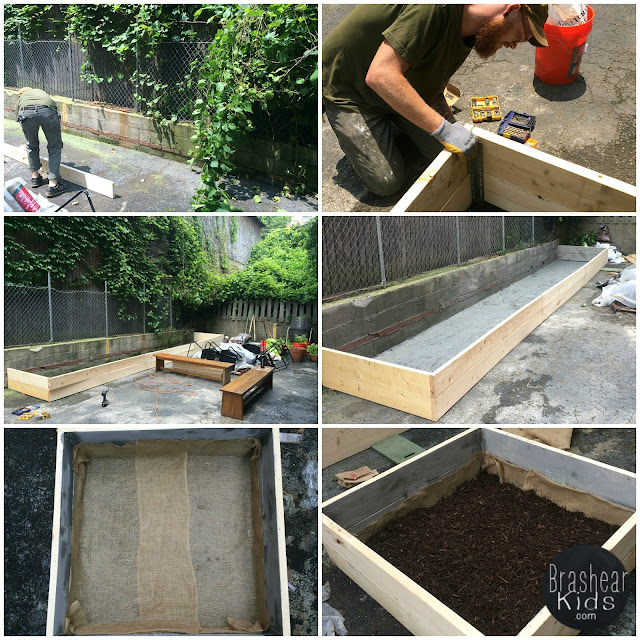 We built one large bed, (24x4) and a small herb garden bed (4x4), since we are on asphalt we layered the beds with burlap, mulch, sticks, compost and dirt/compost mix from Agrecycle. This took a lot of work from our staff and volunteers to spread dirt and an ALEC friend to come build the beds for us.

The kids had a lot of fun planting our garden, watching the plants grow, weeding and harvesting our veggies. They asked a million questions all along the way and got their hands dirty from touching, feeling and digging in the dirt.

The best part of all of this was the discovery that those green things in our play space were actually edible. Most of the time the students were blown away that we could pull a leaf of spinach straight from the garden and eat it. Small wells were dug around the carrot tops by the students as they would periodically check to see if they were ready to pick  Pineapple Sage is a fun herb that the kids could pull a leaf off and rub between their fingers and smell a fresh pineapple smell.

We harvested our spinach 4 times and each time it grew back for more snacks. We made spinach quesadillas for snack and even tried our own version of a spinach pesto. The kids liked figuring out what we could make.

This has opened our kids up to new snacks, the most recent of which is Brussels Sprouts. 4 years ago if you had told me that these students would eat Brussels Sprouts I would have laughed. However through the many efforts of the Education Coordinators before me, and the ongoing exposure to new foods and in-house healthy eating initiatives, our students have got to the point where we there are not too many foods that they are intimidated by but rather are excited to try.  There has been instances where students have teared up because we were out of carrots, or a large bowl of freshly harvested butter lettuce was aggressively devoured by the students, raw and tossed back as if they were potato chips. Brussels sprouts are often referred to as little lettuce by the students. We went from only a small handful of students liking them to about 3/4 of the class getting excited when they see the sprouts coming out of the fridge.

Recently we sauteed swish chard with Diana Hallen of Parkhurst hospitality group for our Cooking Together classes which was also a hit with the students.
I have taken to choosing our more "food selective" students to help me prepare certain dishes. Some cases it has worked and others continue to politely declined. 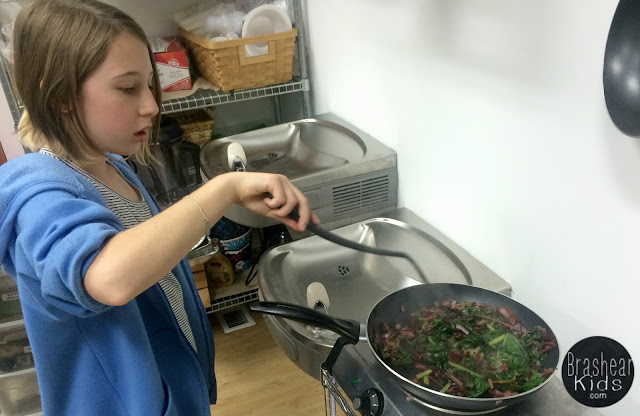 1. We do not say things like "Eww, Gross or nasty" when referring to food.

+ This allows other students who might be interested in trying a new food, an unbiased perspective and to make a decision for themselves.
+ It is also not kind to those who enjoy the food or to the one who prepared the food.
2. We always try a new food at least once.
+ I never force a child to eat something that they do not like but rather encourage them to try it once and let them establish how they feel about it. They are allowed to have a nibble and even spit it out if they do not like it all I ask is that they just "Try it!"
+ This tactic has won over several "selective eaters." Others have continued to dislike certain food but I praise and applaud them for trying and appreciate their willingness.
3. We always use kind words when accepting or declining food.
+  "Yes, please" and "No, thank you" are appropriate responses when food is distributed.

I have to admit, I am so proud of how our students have grown so much this school year and how adventurous they have become.  Again, if someone had told me 4 years ago I could walk throughout the program with a bucket of leaves and the students would clamor for more and more lettuce I would have laughed at you. I felt like the pied pied piper! 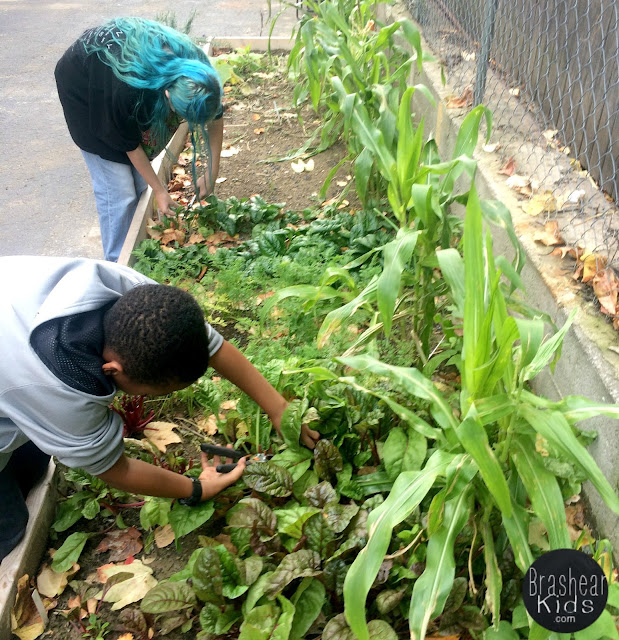 Posted by amberZon at 2:12 PM
Email ThisBlogThis!Share to TwitterShare to FacebookShare to Pinterest