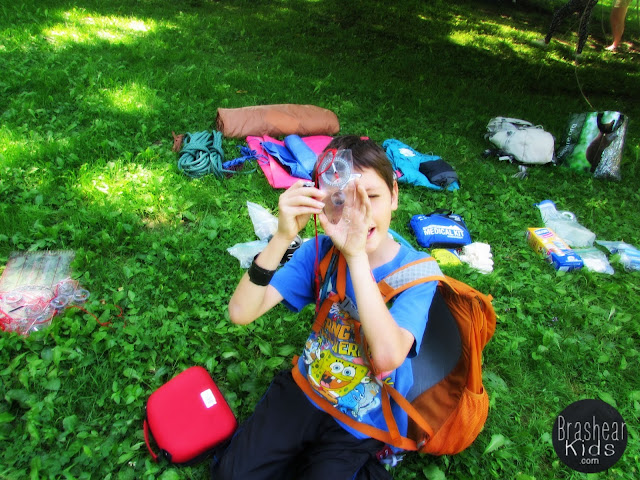 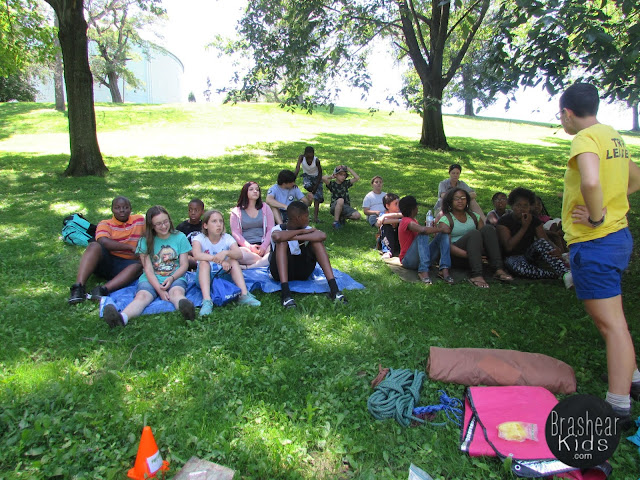 We started off by creating a shelter with a rope, some stakes, and a tarp. It was a lot of fun and we ended up with two cozy shelters. 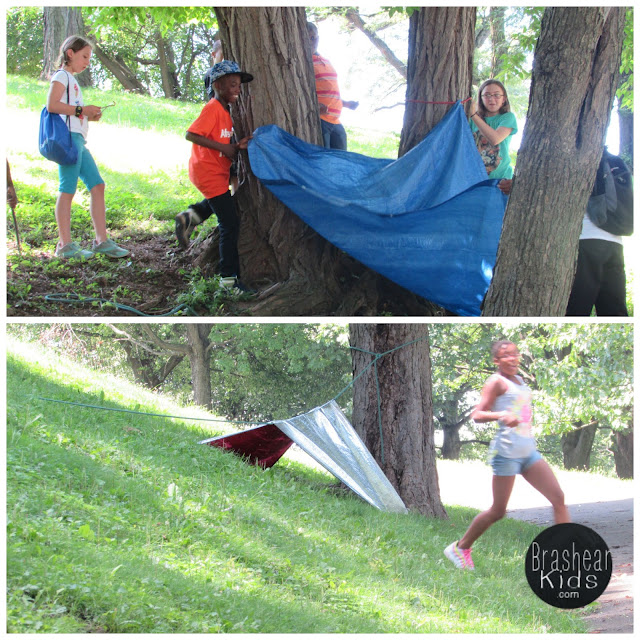 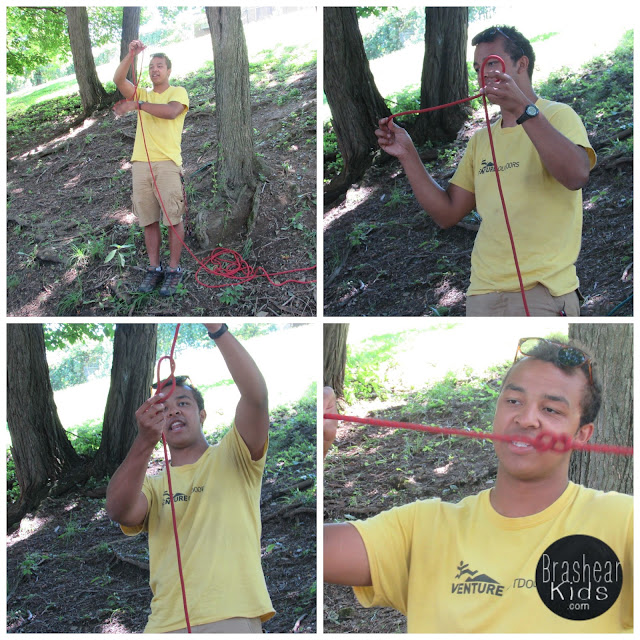 These knots, when combined, make it much easier to set up a shelter. Each person got to try out these knots on their own piece of paracord. 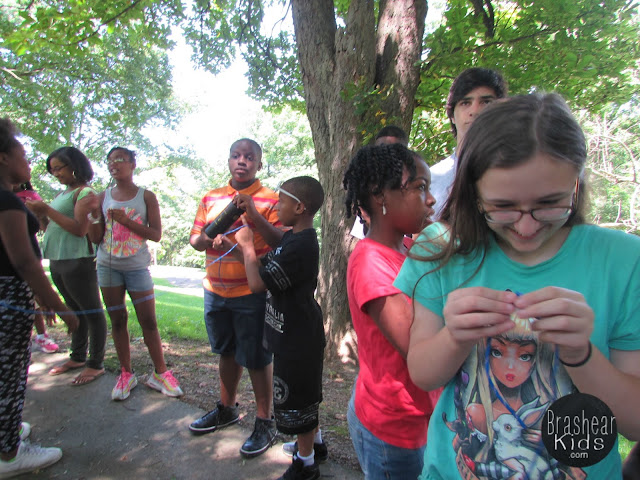 Next up we sat down and learned about the necessary things to bring on a trip in the outdoors. We went over sleeping pads, water filtration, and first aid. 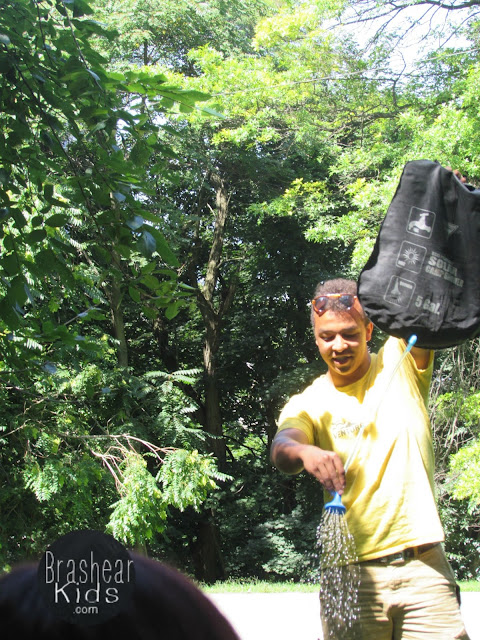 The Venture Outdoors staff went over the importance of a sleeping pad or ground cover to prevent hypothermia. We each got to try out a water filtration system and learned the importance of filtering out things such as giardia. Everyone also got a chance to practice wrapping up a sprained wrist on a partner with a practice bandage. 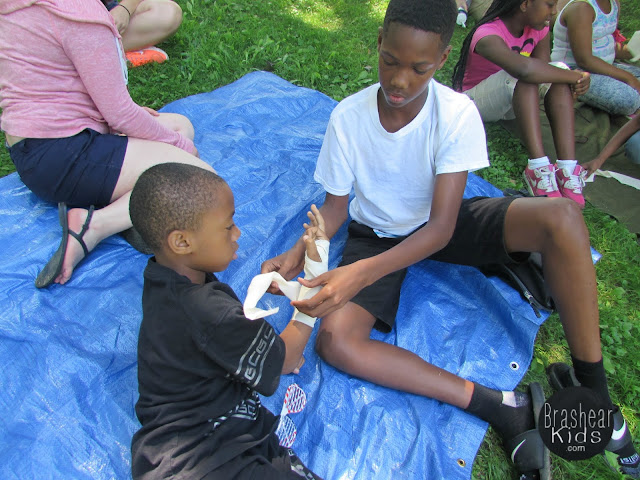 We also went over most of the things found in a backcountry first aid kit.

At the end of the day, we had the opportunity to make a fire with either flint, steel, and steel wool, or a magnifying glass and a match. 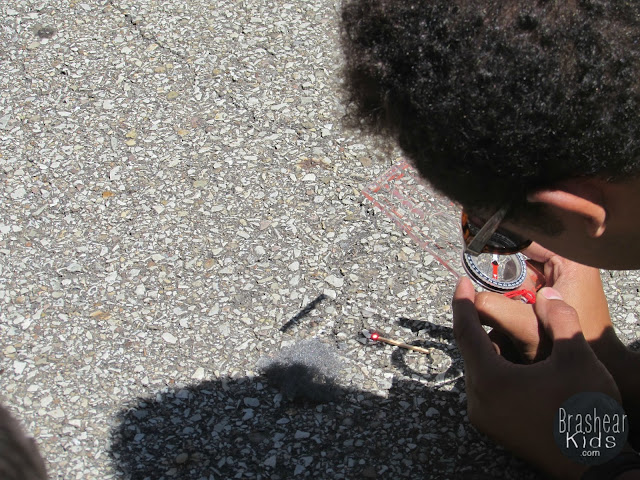 The fire starting success rate was low, but we had fun trying! 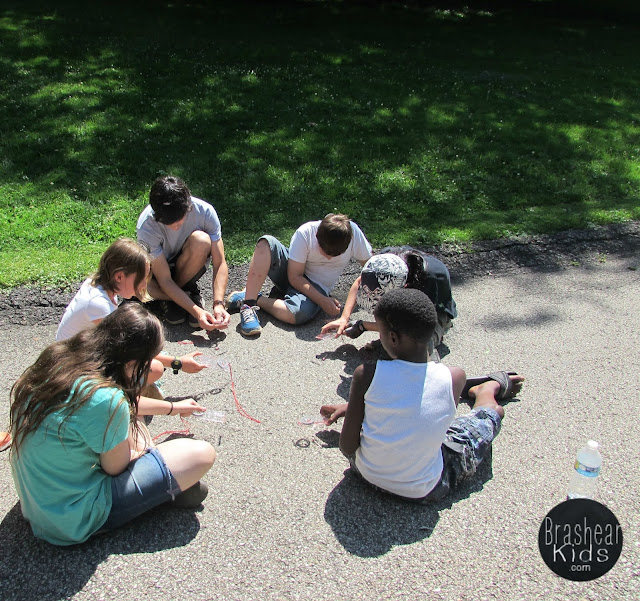 - Maraina
Posted by Unknown at 10:10 PM
Email ThisBlogThis!Share to TwitterShare to FacebookShare to Pinterest