Hello, cherished blog followers! This past week we had a great time in our S.T.E.A.M. lesson in our 2nd and 3rd grade classroom by testing the buoyancy of grapes in different consistencies of water.

Our lesson was straightforward: we asked student helpers to concoct sugar water, salt water, and water with baking soda while using plain water as our control group. The aim of the exercise was mostly to familiarize students with the steps of the Scientific Method, which they have been exposed to already in school. Practice makes practiced!

They were asked to hypothesize about how the grapes would behave in the differently labeled water. Some were more unsure, while others were stronger in their convictions about what would cause the grapes to float or sink. We took a poll and most believed that the grapes would sink in the plain (or control) water, and rise in one or all of the others. 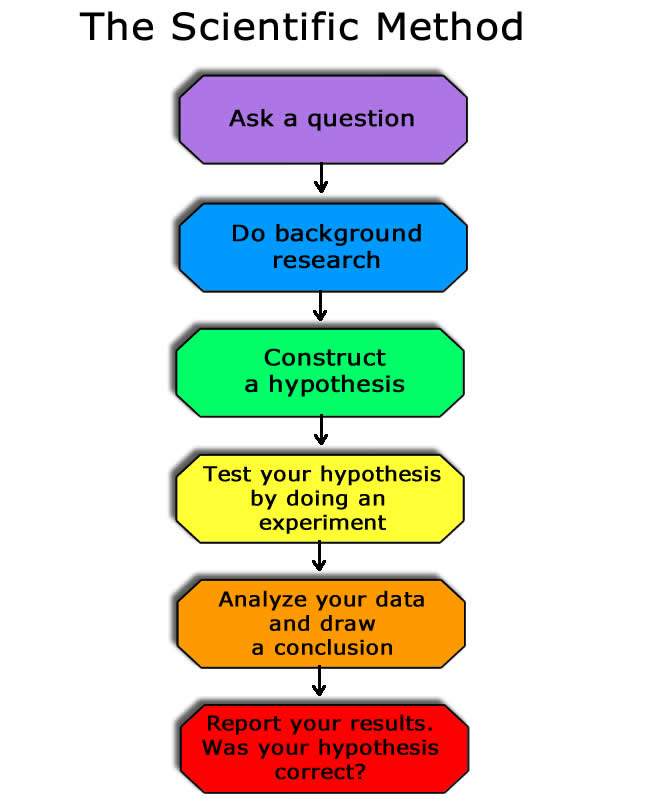 Next, we asked our young scholars to test out their hypotheses by dropping three grapes in each glass of water. Student helpers took turns doing this and were surprised and the varying results! We found that grapes sink in plain water immediately, sink slowly in sugar water, rise and then sink very slowly in the baking soda water, and float in salt water (just like our oceans!).

See the process below: 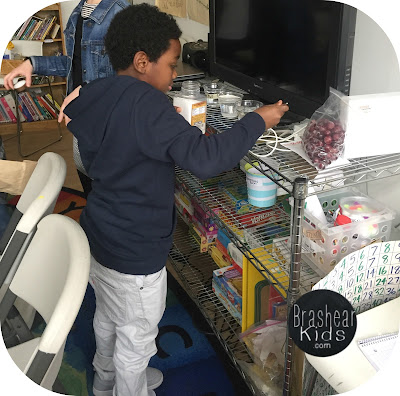 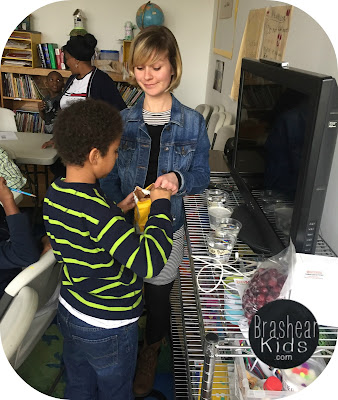 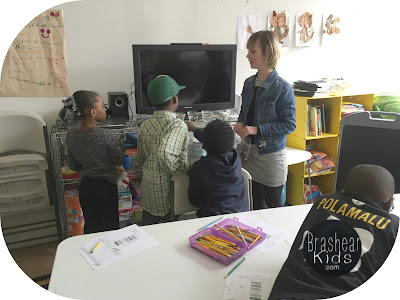 As we concluded our experiment, students took some educated guesses as to why different consistencies of water cause the grapes to act differently. It was then explained that the results were due to density of the water as compared to the mass of the grapes! In the case of salt water, the grapes are less dense (or heavy) than the environment they are in and so, they float.

We hope you've enjoyed this weeks voyage into the scientific journey!


Posted by Unknown at 12:10 PM
Email ThisBlogThis!Share to TwitterShare to FacebookShare to Pinterest