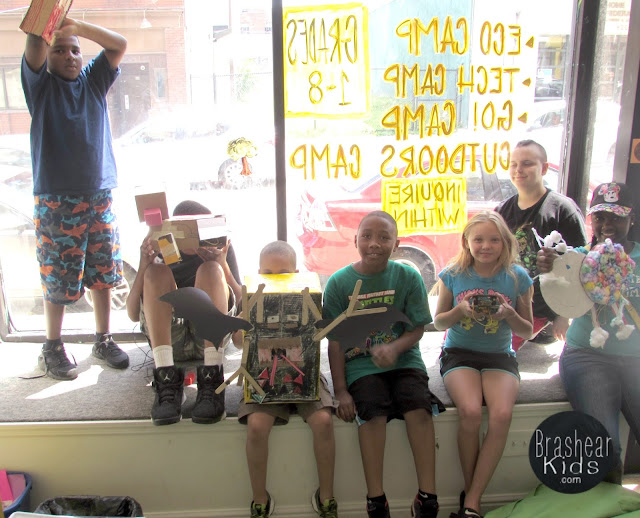 Mr. Dave from the Y Creator Space was here again this week, teaching us all about technology! 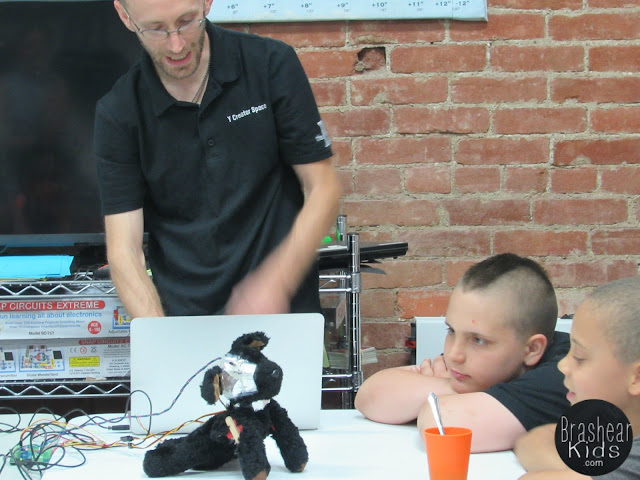 For inspiration, Mr. Dave showed the kids a robot that he made from a stuffed animal! We all agreed that the diabolical robot puppy was equal parts cute and creepy. Then, the kids got to work finishing the robot animals that they started constructing during week one of TECH Camp. We ended up with some fascinating specimens! 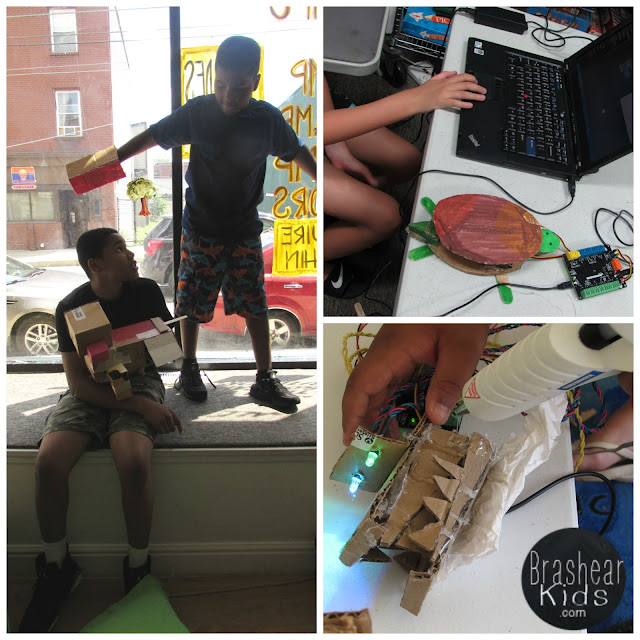 While last week's focus was mainly on the blueprints, background, and physical construction of the animals, this week incorporated a lot more coding! Our robots have limbs that flail, eyes that light up, heads that turn, and mouths that open. One even breathes (fake) fire! In fact, our robots are so cool that they'll be on display at the Hilltop YMCA's Family Fun Night on Friday, July 22! Anyone interested in robots can stop by from 4:30-6:00 PM to see them. 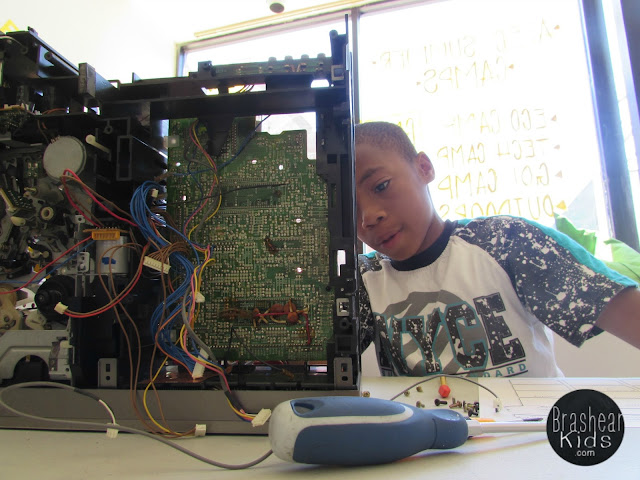 On day 2, Mr. Dave brought in an old VCR, a big CD changer, and two laptops. We got to rip them apart and figure out what makes them all tick. Do you know what diodes, capacitors, or solenoids are? Because our kids do!

Day 3 brought about some smaller maker projects. We learned about circuits, and put that knowledge to use by making popsicle stick flashlights. We also made small electromagnets, and some of the kids opted to help Mr. Dave make a spin art machine during their free time! 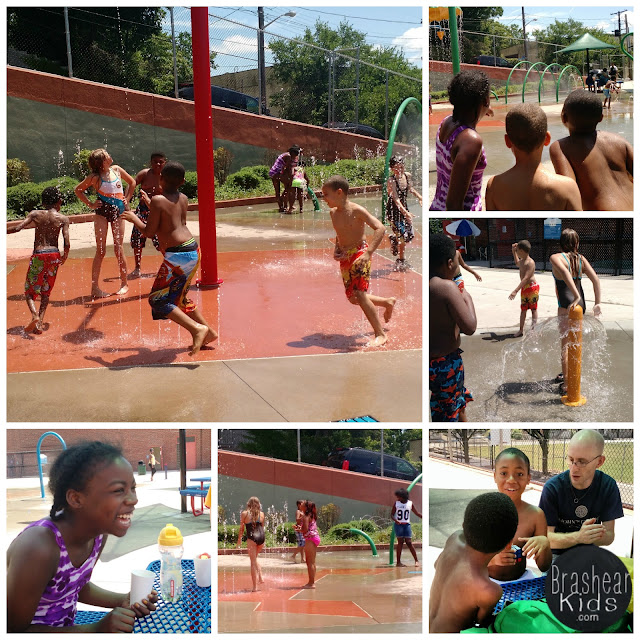 Day 4 saw the end of TECH Camp. We thought the kids deserved a treat for working so hard these last two weeks, so we herded them down to the spray park and splashed around for a few hours! We had a little picnic with healthy snacks, and had a ton of fun. The kids made up their own version of water tag, and thought up obstacle courses for each other. Good things can happen when you just let them play! 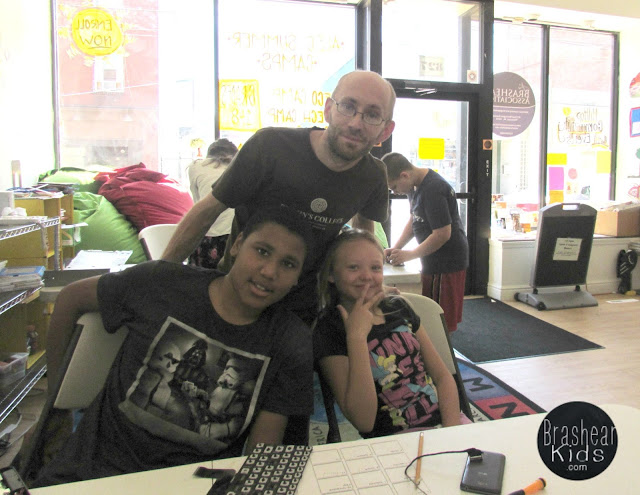 Thanks again to Mr. Dave for all the cool activities he planned for us! We learned a lot, and we had a blast doing it. Go! Camp starts next week, and we are jazzed to get moving with all the kids!


Posted by Unknown at 1:25 PM
Email ThisBlogThis!Share to TwitterShare to FacebookShare to Pinterest