Giants, Wizards, and Elves, Oh my! 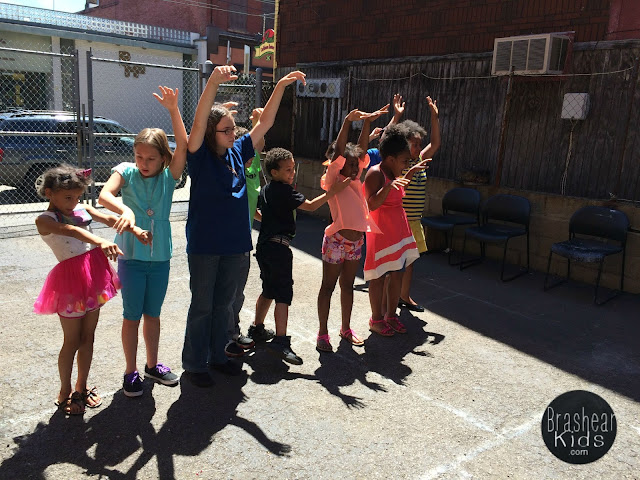 For a half an hour before each lesson we played group games. This seemed to work quite well, and
helped maintain focus during lessons.

One of the favorites was Giants, Wizards, and Elves. The game was found on http://www.ultimatecampresource.com/site/camp-activity/giants-wizards-and-elves.html .

The game is similar to rock papers scissors, but on a much larger scale. The group would divide in half, and quietly choose which character they would all be. 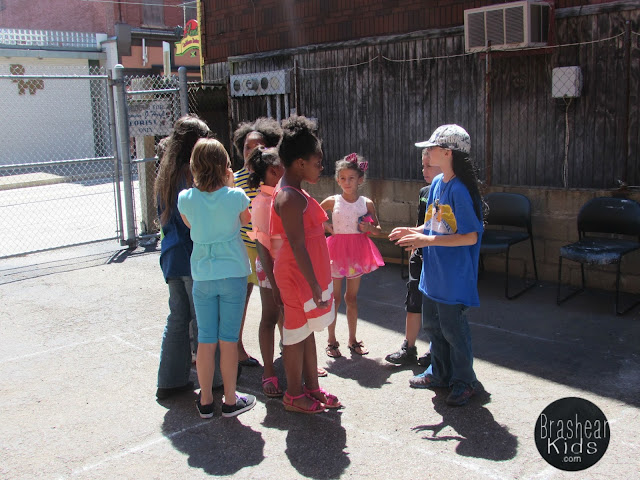 Once chosen, the groups meet in the middle and make the motion for their character. 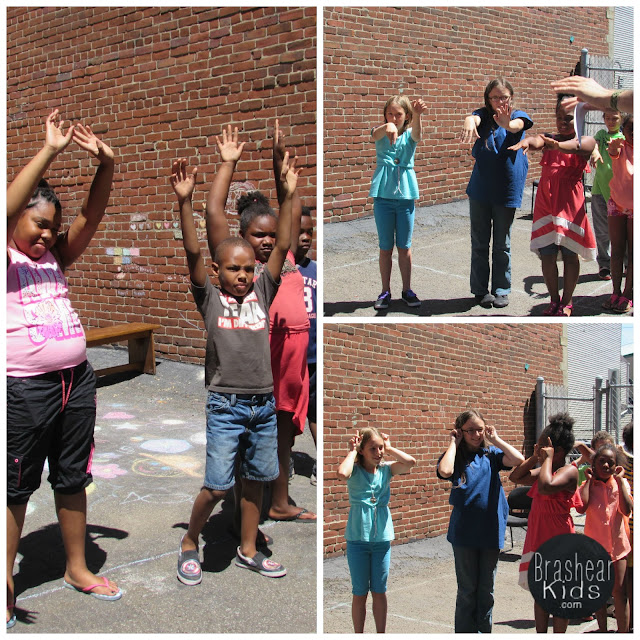 Giants raise their arms above their heads, wizards wave their hands out in front of them as if they were casting a spell, and elves make pointy ears with their fingers.

Giants beat elves, elves beat wizards, and wizards beat giants. The loosing team would have to run back to their home base, while the winning team chases them, tagging as many people as possible. 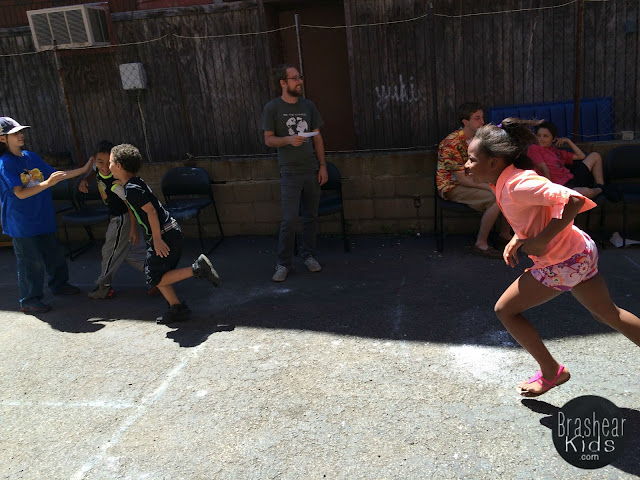 The game ends when every person is on one team. There was some confusion at first about which character beats what, but the second time we played it, it went much smoother. “Wizards cast a spell on giants, giants step on elves, and elves tickle wizards,” is what we came up with to remember who beats who. 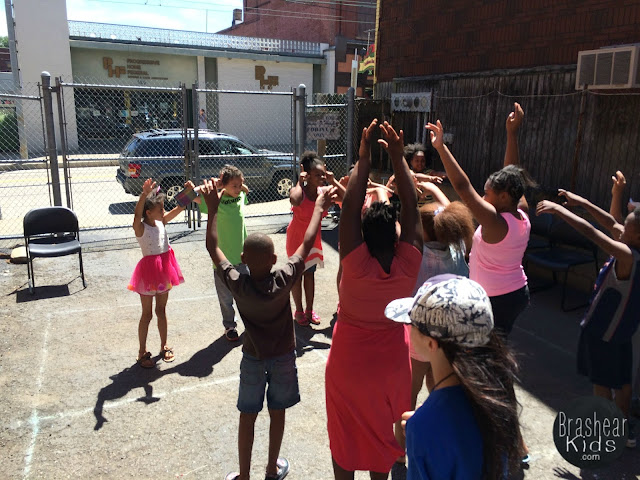 We also played the looking game. Everyone stand in a circle and bows their heads and closes their eyes. On the count of three, they raise their heads and look directly at someone. If two people are looking at each other, they are out. This game could be played just once, or multiple times, making it good for filling any amount of time.

- Maraina
Posted by Unknown at 7:30 PM
Email ThisBlogThis!Share to TwitterShare to FacebookShare to Pinterest