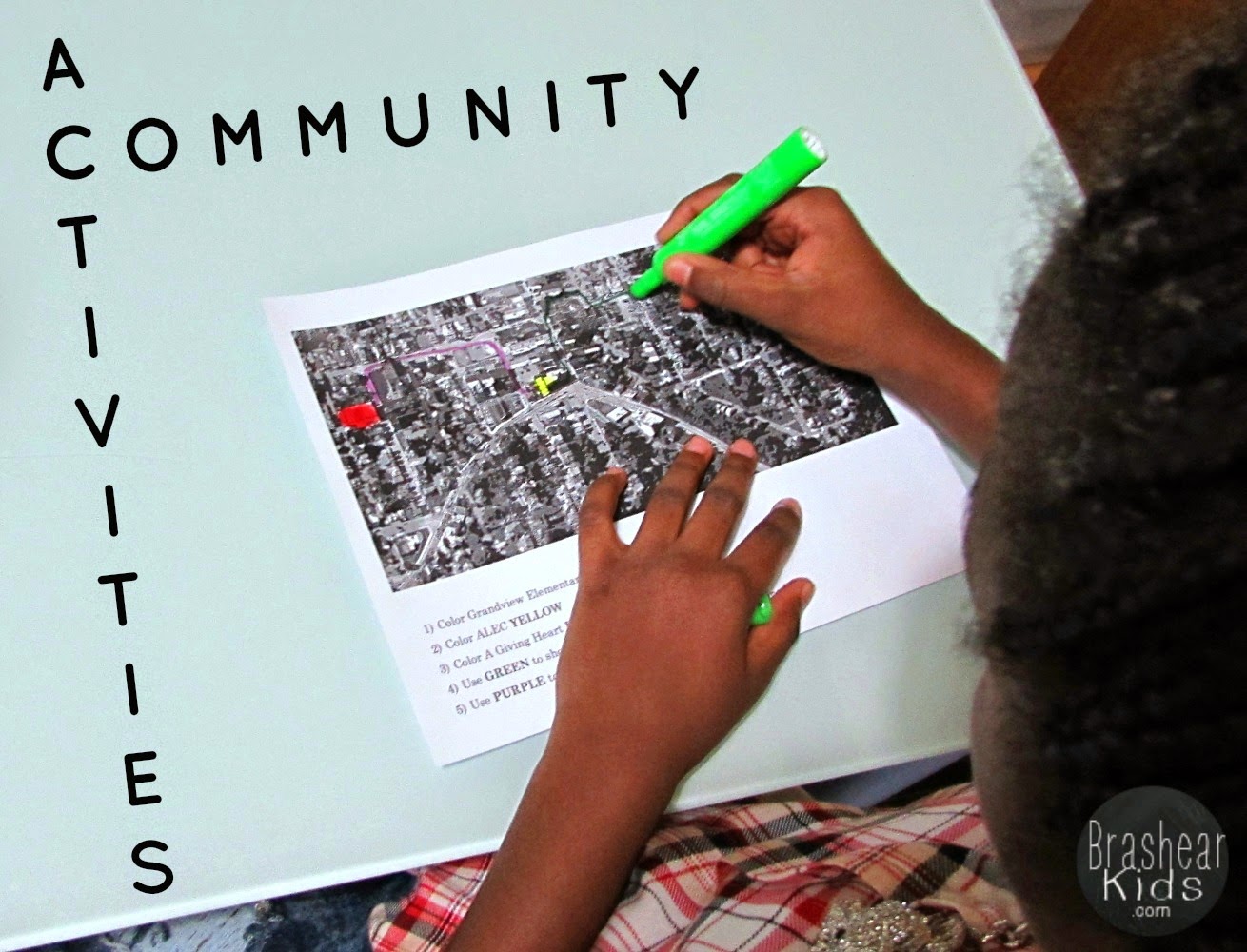 Teaching students about their community can be difficult. Without the mobility and independence that adults enjoy, kids' ideas about where places are and how they relate can be fuzzy or uncertain. A recent community day at ALEC sought to overcome this challenge with fun games and puzzles! 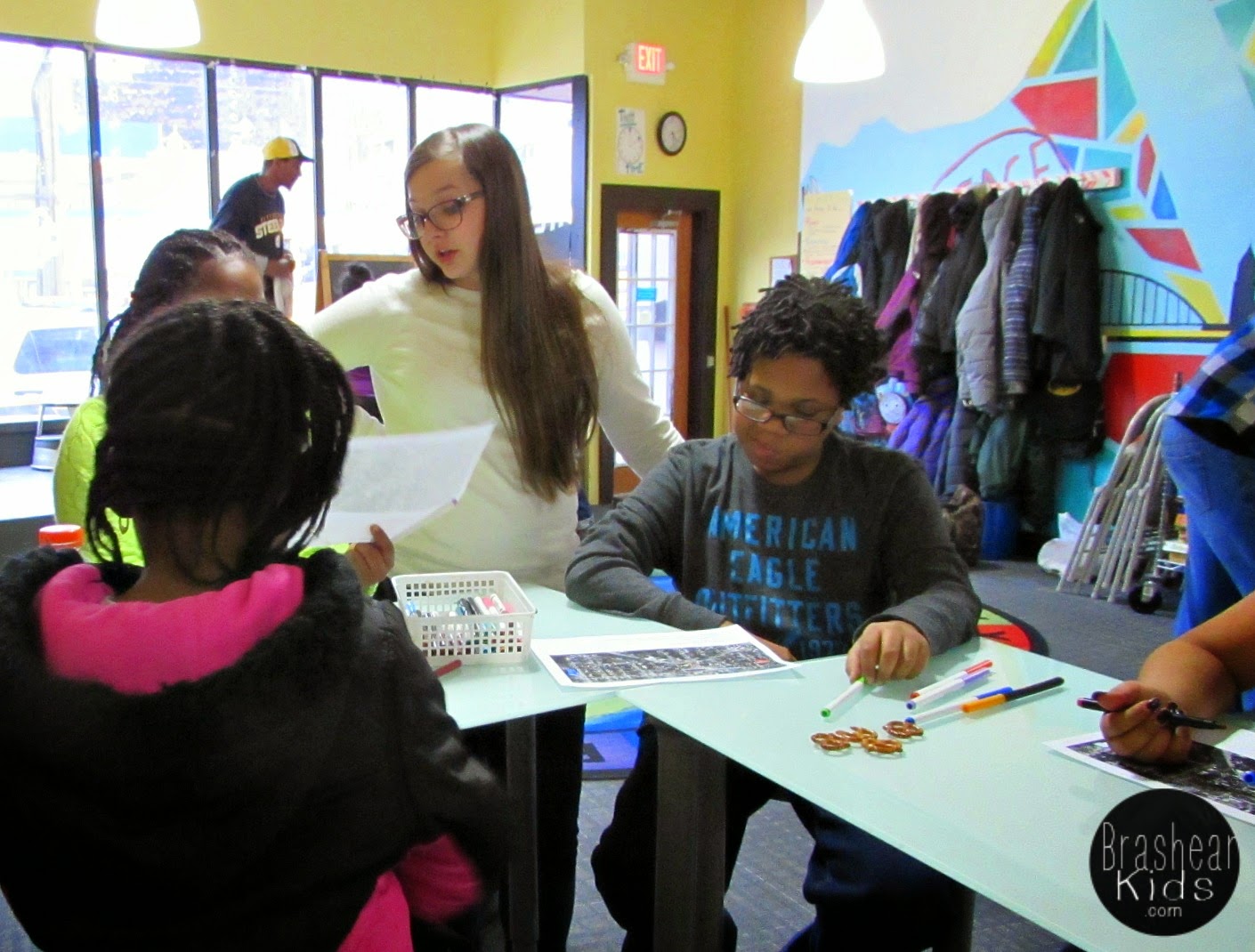 To get a new perspective of the neighborhood, the ALEC students followed the instructions on a map to plot the places they go each day and the paths they travel. This exercise focused on individuals' reading skills and spatial reasoning. 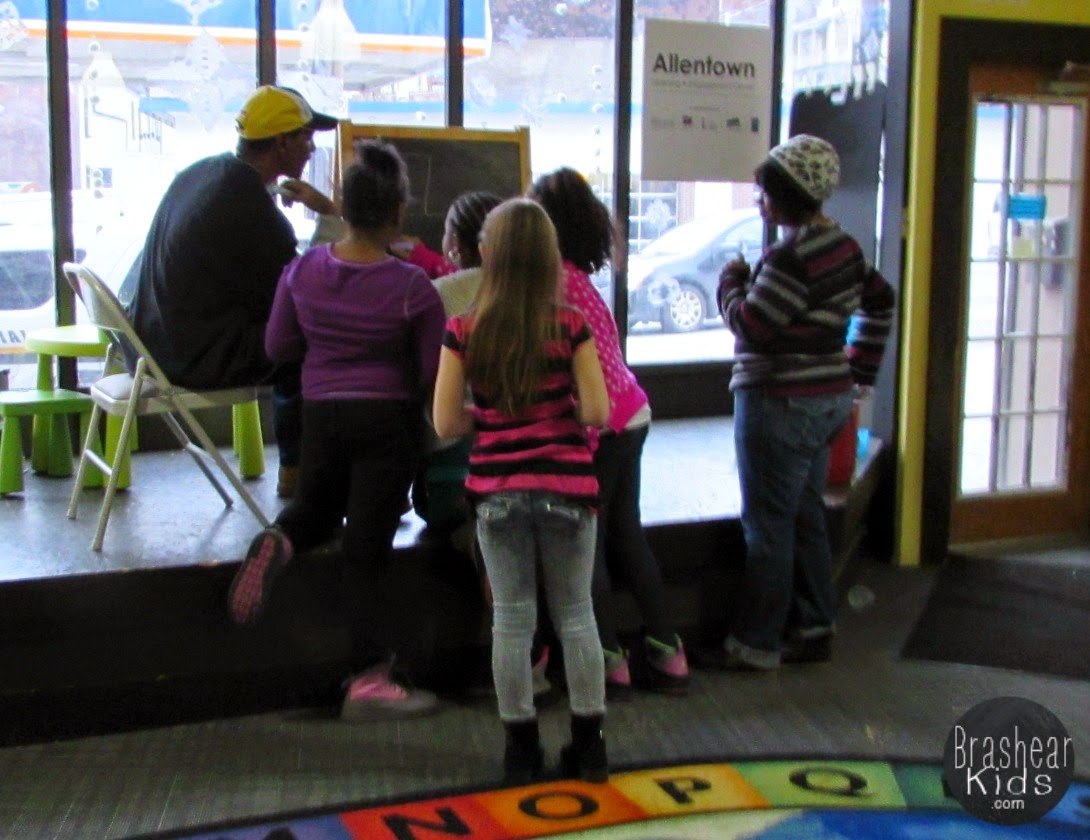 The next station on the circuit was a game of hangman which featured community-themed vocabulary words. Taking turns within their teams, the students guessed the letters for nearby street names, neighborhood institutions, and qualities that we try to emphasize in our community lessons. 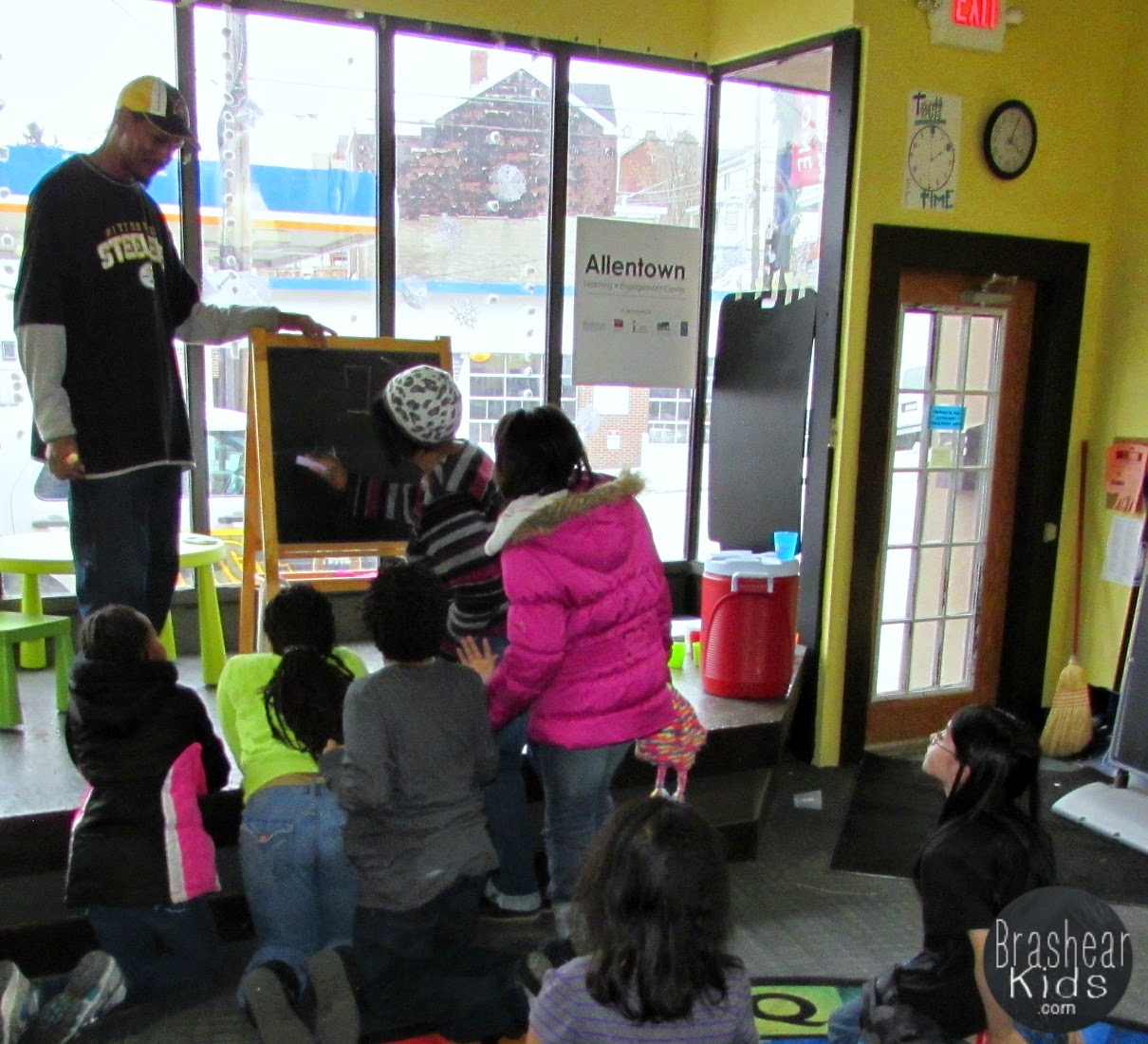 Hangman was a great addition to the activity day. It requires very little preparation but involves everyone while reinforcing spelling and reading skills. 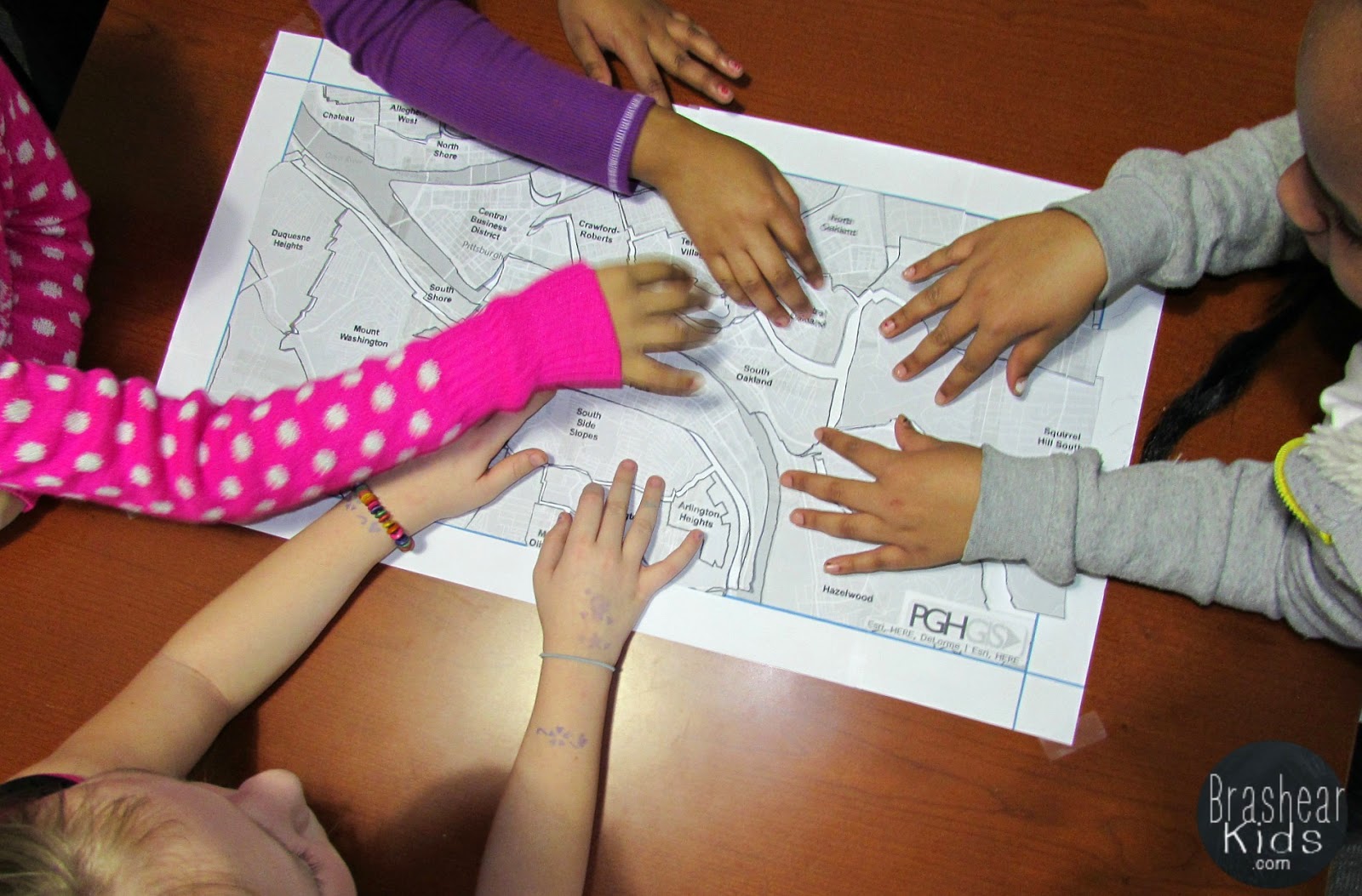 Station three mystified some students at first, but once they learned that it was a puzzle, they set to work placing the neighborhoods of Pittsburgh in order. The home-made map was rather fidgety, with irregular shapes that were prone to sliding out of place. Nonetheless, the kids sorted out the oddly shaped neighborhoods in little time at all. 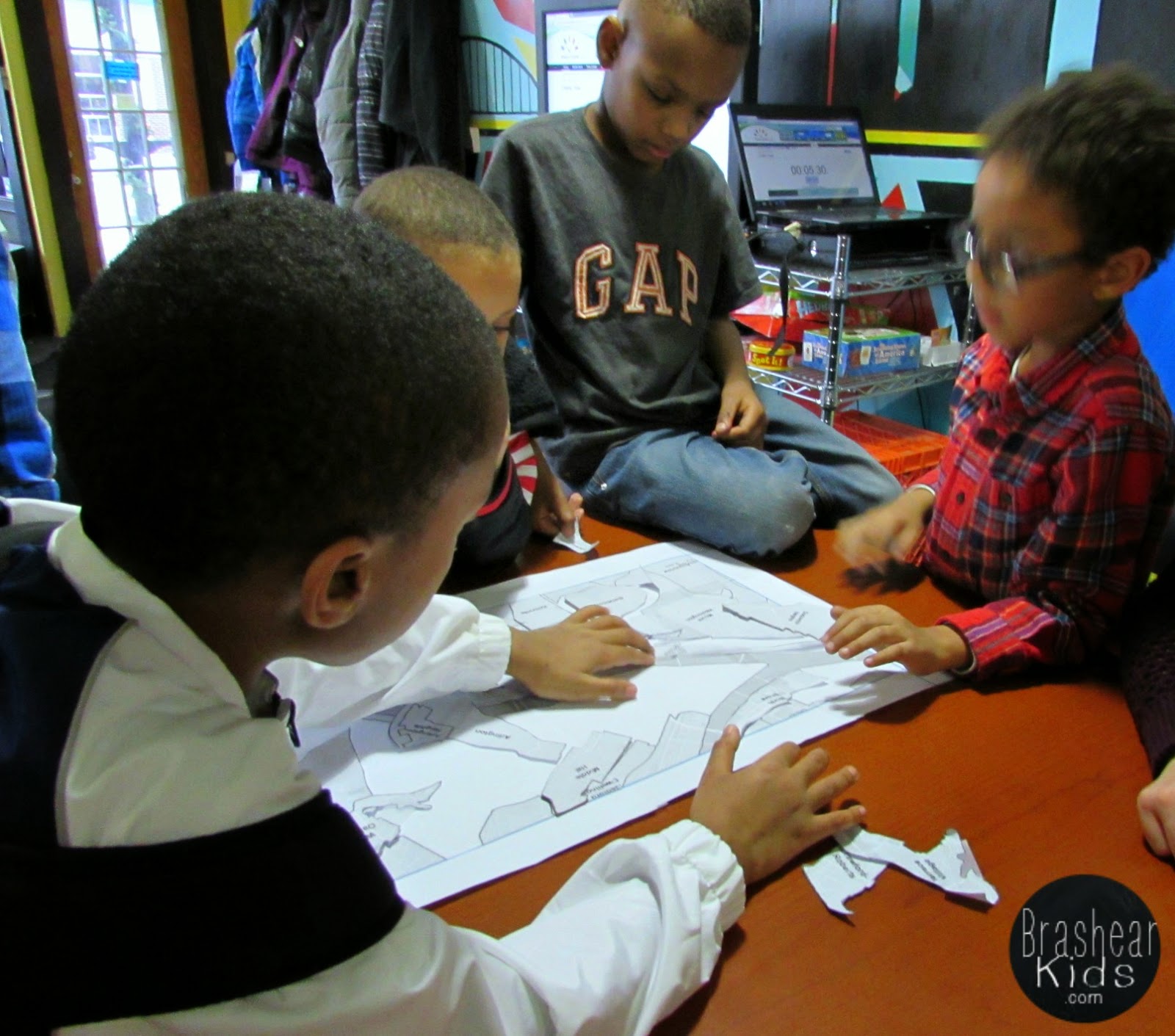 Cooperation was the key to success in this game. With 24 pointy, curvy, jagged pieces to lay down in only eight minutes, finding neighbors was a team effort. 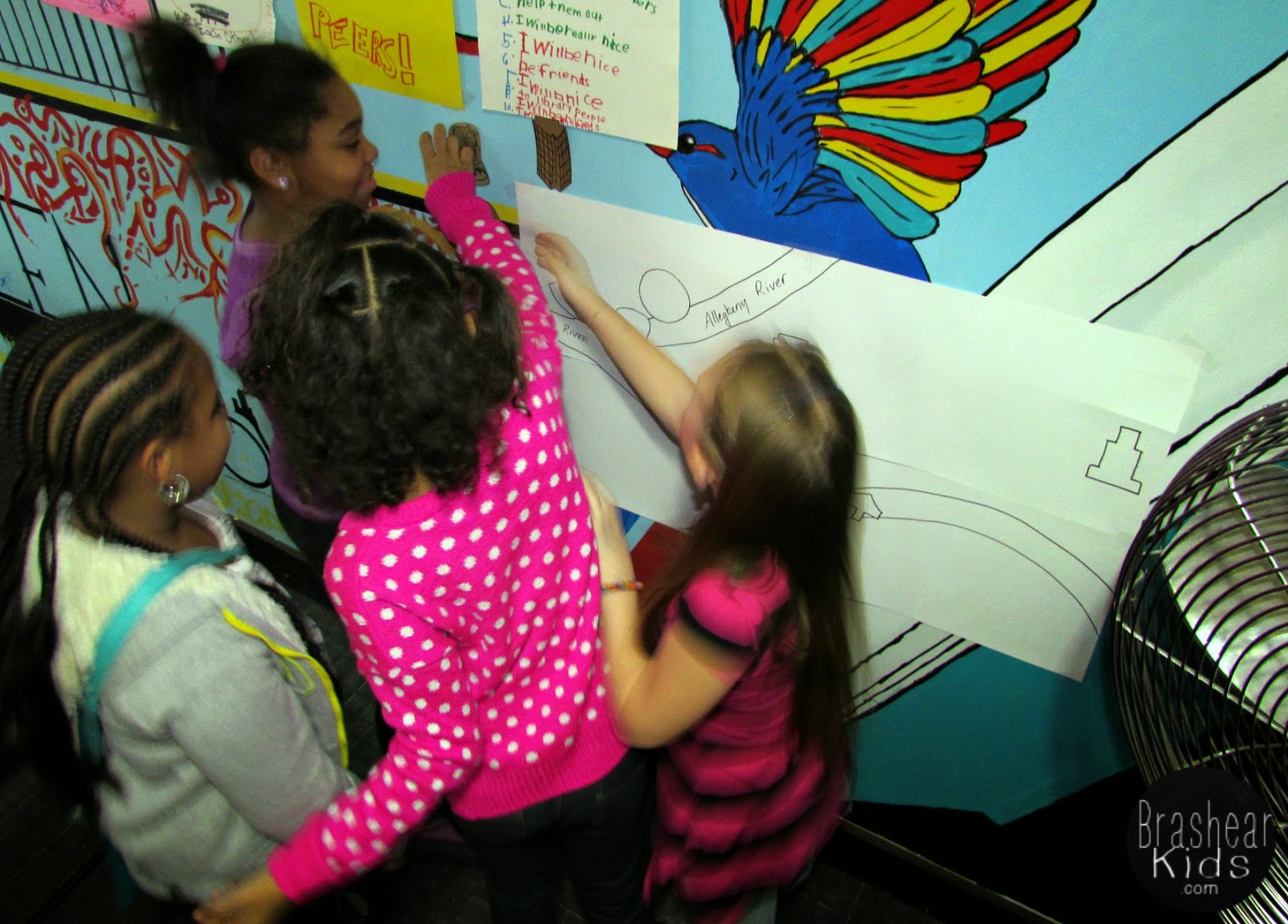 The final activity of the rotation was a pin-the-tail-on-the-donkey game that replaced the tail with six city landmarks and the donkey with Pittsburgh. Rather than compete with each other as in the original game, this version challenged teams to coordinate their efforts to place the landmarks on the map. 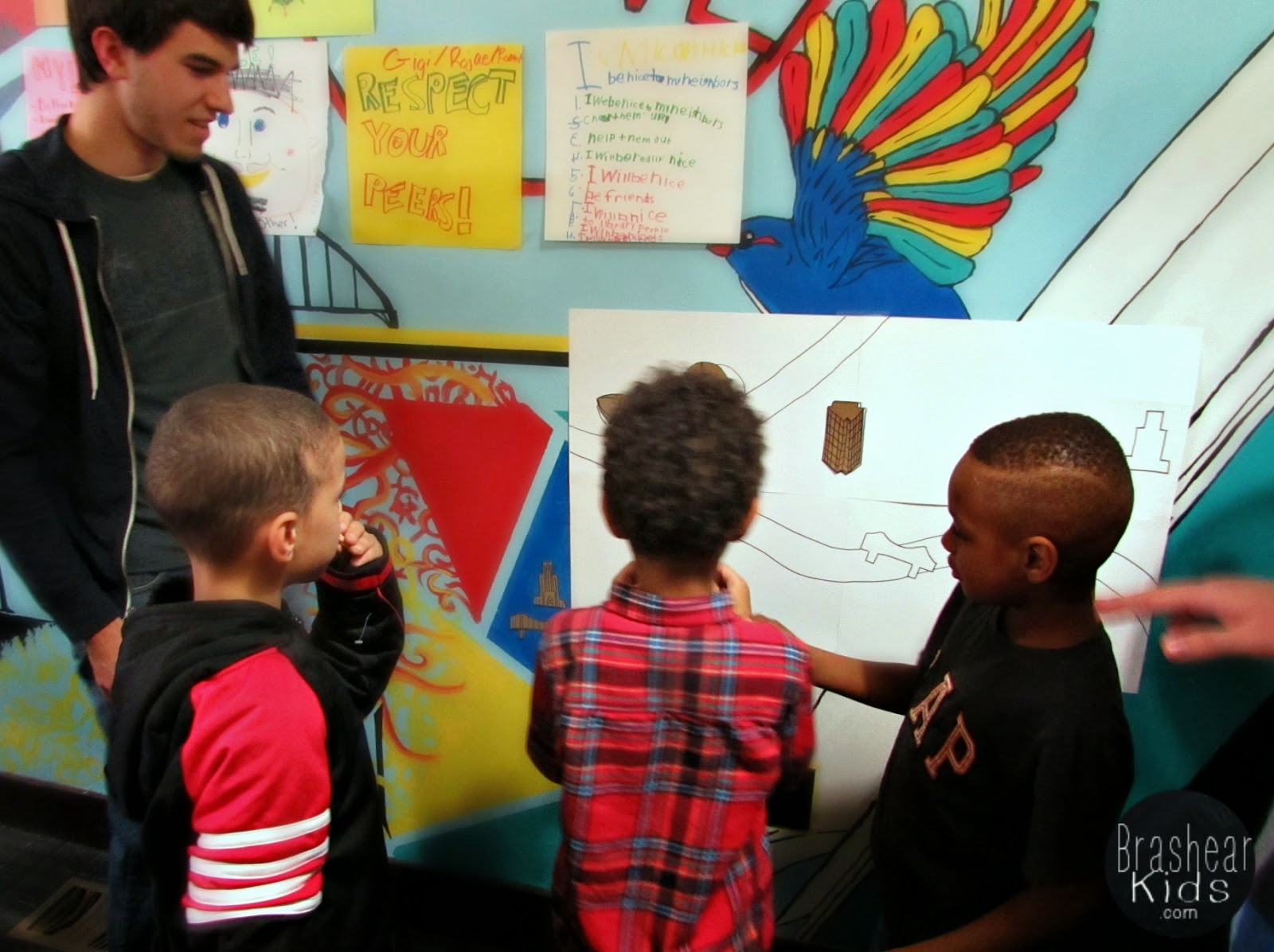 Going one at a time, the players would take their landmark, stand on the starting line a few feet from the map, and cover their eyes (no peeking!). The rest of their time would stand away from them and guide them with their words, not their hands, telling them "left left!" "up a little bit," and "stick it!" Gentle reminders ensured that this activity remained one of communication and listening rather than one of physical manipulation.

A quick poll after the activity time reaffirmed the obvious: students prefer engaging, varied activities over sitting down for lessons. Look for more days like this in coming months!

- John
Posted by John at 11:05 AM
Email ThisBlogThis!Share to TwitterShare to FacebookShare to Pinterest