“Any time you have an opportunity to make a difference in this world and you don't, then you are wasting your time on Earth.” - Roberto Clemente

As we observe Hispanic Heritage Month, ALEC celebrated by learning about Puerto Rico and a very special Puerto Rican who played as a Pittsburgh Pirate, Roberto Clemente. For this lesson, we pulled out all the stops. We had slideshows, videos, a book reading, and a special prop brought in just for this day.

But first, our current event! At the beginning of each Culture Day we present a current event to our students. On this particular day, since we would be discussing a baseball legend, the current event involved two girls who played in the Little League World Series. One girl, Mo'Ne Davis, is from Philadelphia, PA. She offered some great advice to girls who want to play, "just throw strikes."


Now, back to the lesson! First, students gathered around to watch a slideshow that showcased photographs of Puerto Rico. The students shared "oohs" and "ahhs" as we explored each photograph.

One slide gave our students a glimpse into a classroom at Las Mareas Elementary. Students noticed a few differences and similarities between the classrooms they are used to and the one depicted in this photograph. One similarity noticed was that they were sitting on the floor like we were doing during this lesson. One difference, mentioned by a very observational student, was that the students in this photograph were wearing uniforms. 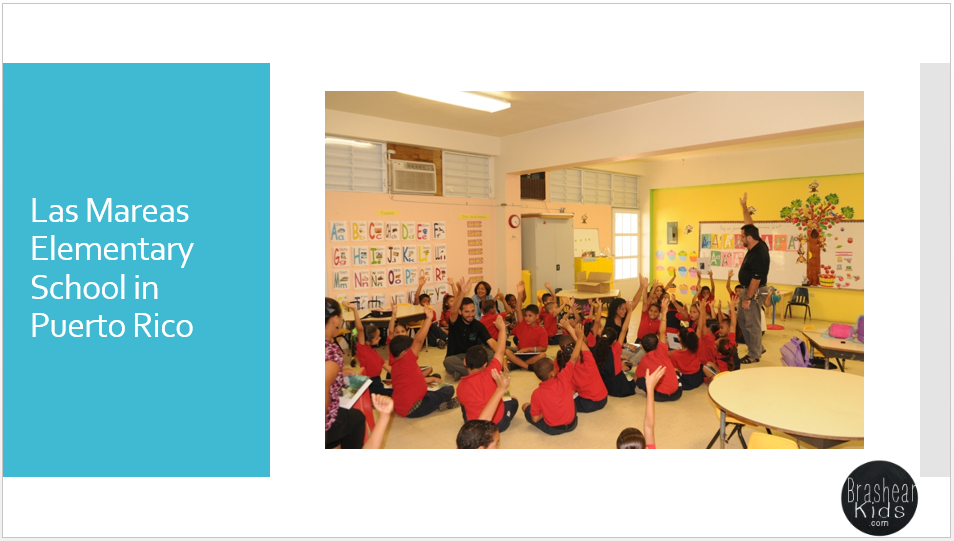 After learning about Puerto Rico, students listened to a story written by Jonah Winter titled, "Roberto Clemente: Pride of the Pittsburgh Pirates". This story welcomed students into the life of a young Roberto as he developed a love for Baseball in his hometown in Puerto Rico. As his love and abilities strengthened, he went from just using a stick and old can to using a real bat and baseball. Then, Roberto Clemente made it into the big leagues and found himself on a journey to a new city, in a new country; Pittsburgh, PA, USA.

We learned how resilient Roberto was in dealing with racism and how he used his frustration as fuel to being one of the best baseball players who ever lived. What a hero! As students listened along, they were able to watch a slideshow of different photographs of Roberto Clemente. Students saw photos showing him playing on the field. Other photos were of him with his family. The students also had the chance to see this photo below, which is a statue of Roberto Clemente in downtown Pittsburgh, just a mile from where our after-school program is located. This really brought the story home for the students here at ALEC, along with our discussion afterward. 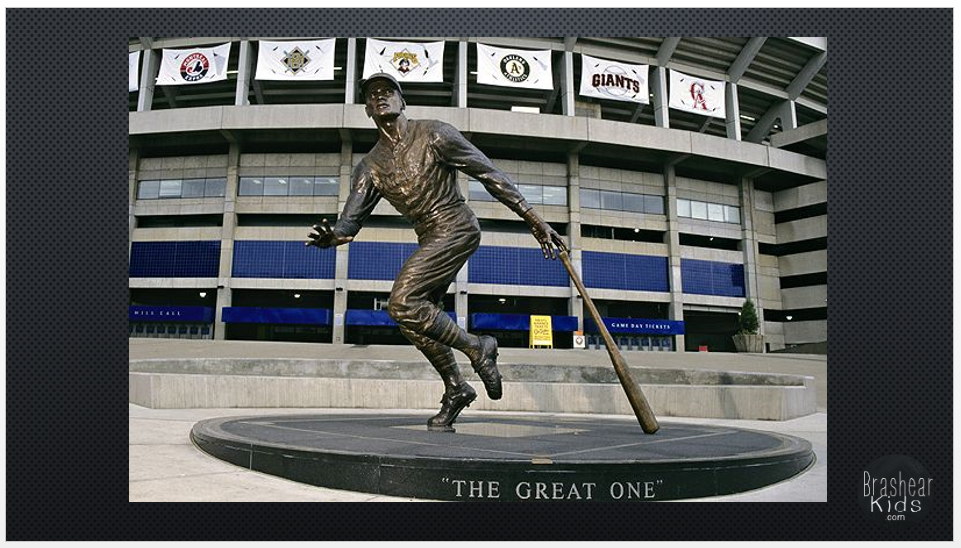 During our reflection, we discussed what made Roberto a hero. We also imagined what would be the hardest part about moving to a new country. Some students said, "making new friends." Others said, "leaving your friends and family." And one student even mentioned that there may be cultural differences that are hard to get used to, like language. What insight!

Following the story and discussion, the students had a chance to look at an original baseball card featuring Roberto Clemente. They looked at all the fine print, noticed he was born in the 1930s, and some students showed their friends his height and weight. Needless to say, it was a great time learning about Puerto Rico and Roberto Clemente!


Posted by Unknown at 9:51 AM
Email ThisBlogThis!Share to TwitterShare to FacebookShare to Pinterest