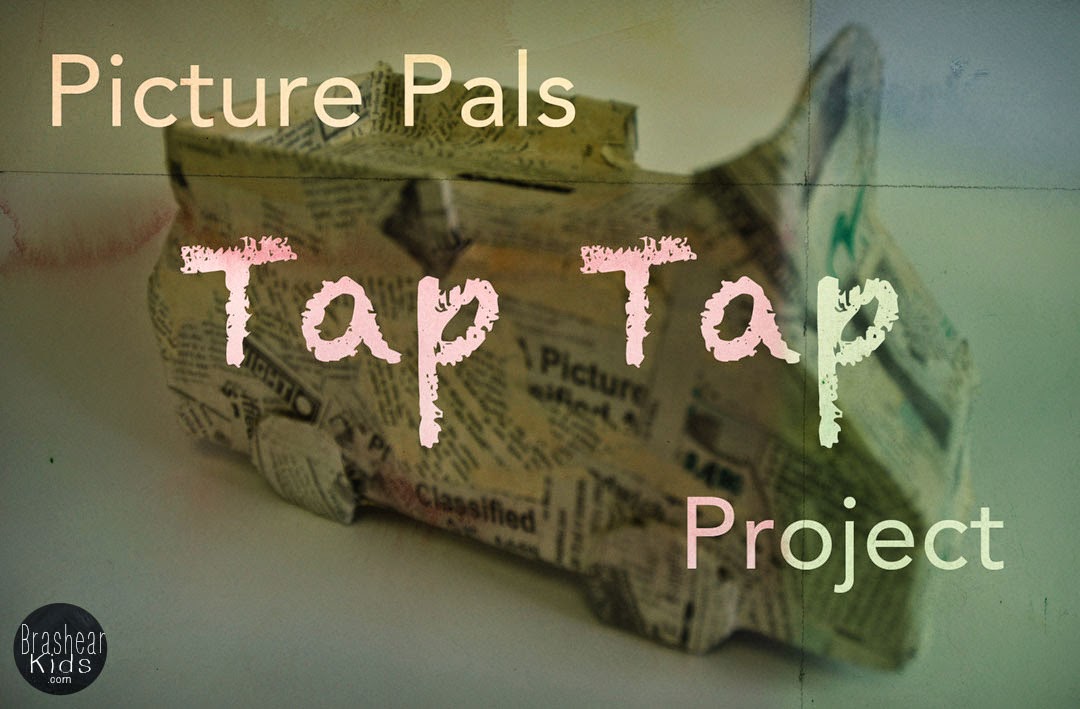 We have wrapped up our Picture Pals program, a multicultural art exchange with Haitian children, hosted by Haitian Families First. There have been two art shows to showcase the program: one at the Allentown Pop-up Library (now the Allentown Learning and Engagement Center), and one currently on display at Assemble. One of our major projects was making Papier Mache Tap Taps. What follows is a description of the project. 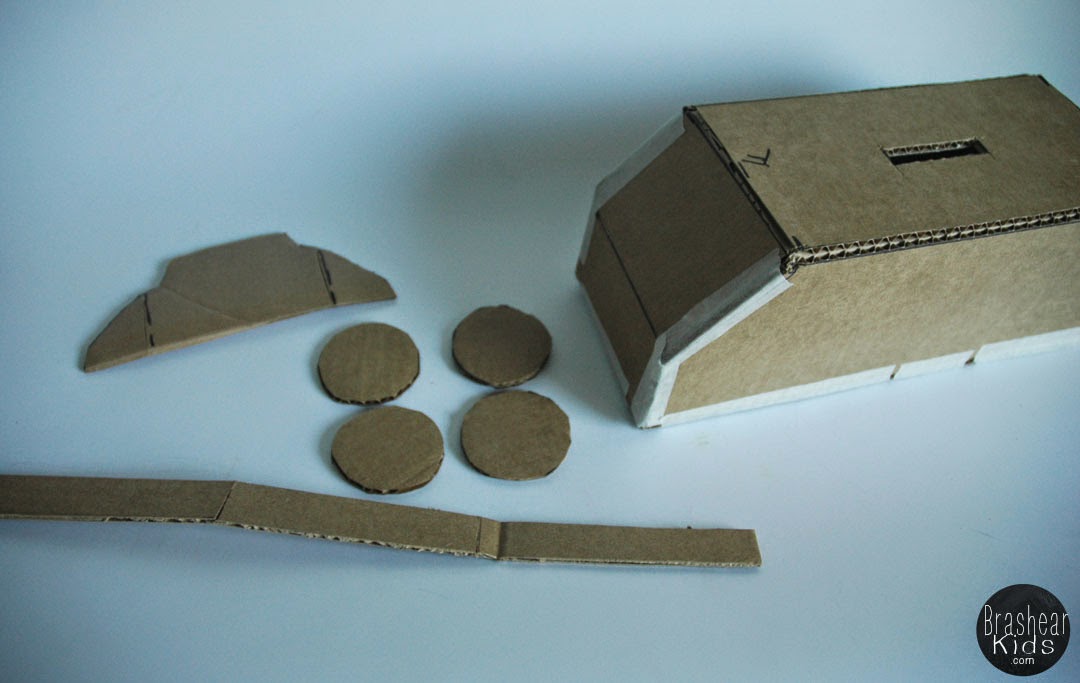 Tap Taps are public buses in Haiti. They are colorful and vibrant and definitely stand as a symbol for Haiti. I wanted to use them as a theme for an art project, and came up with the idea to make Papier Mache donation banks. The first step was to develop a pattern for constructing them out of cardboard. There were several pieces that I fitted together... a body piece with slot in the top, tires, a banner, and piece to create the roof of the bus. Once I had these cut out, I glued and taped them together. We made fifteen Tap Taps in total. 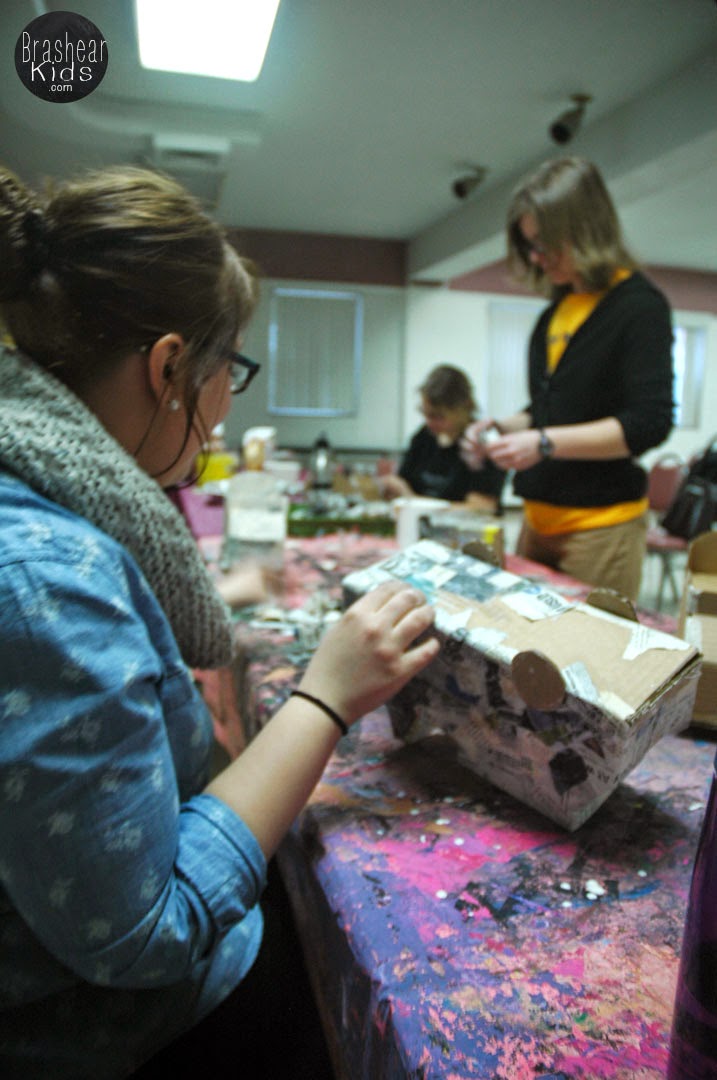 The next step was to papier mache the cardboard shell. This took at least an hour per bus, so I recruited volunteers to help. We hosted several volunteer nights to get them covered. I used a simple paste recipe of flour, water and white glue. The papier mache was necessary to strengthen the cardboard and smooth out the exterior. 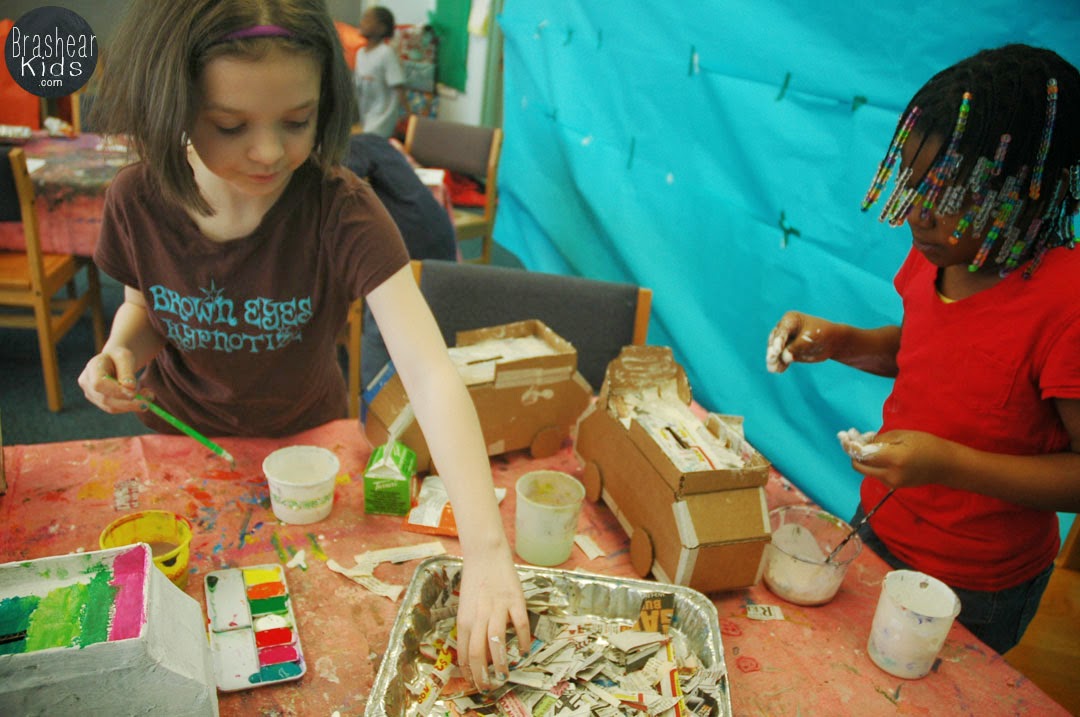 Our students also got to participate in the papier mache process. They didn't mind getting their hands messy. We found that one coat of papier mache was enough for our buses, though a few did need repairs because they were tossed around and their wheels broke off. We learned that although they appear sturdy, they are still delicate art objects to be respected. 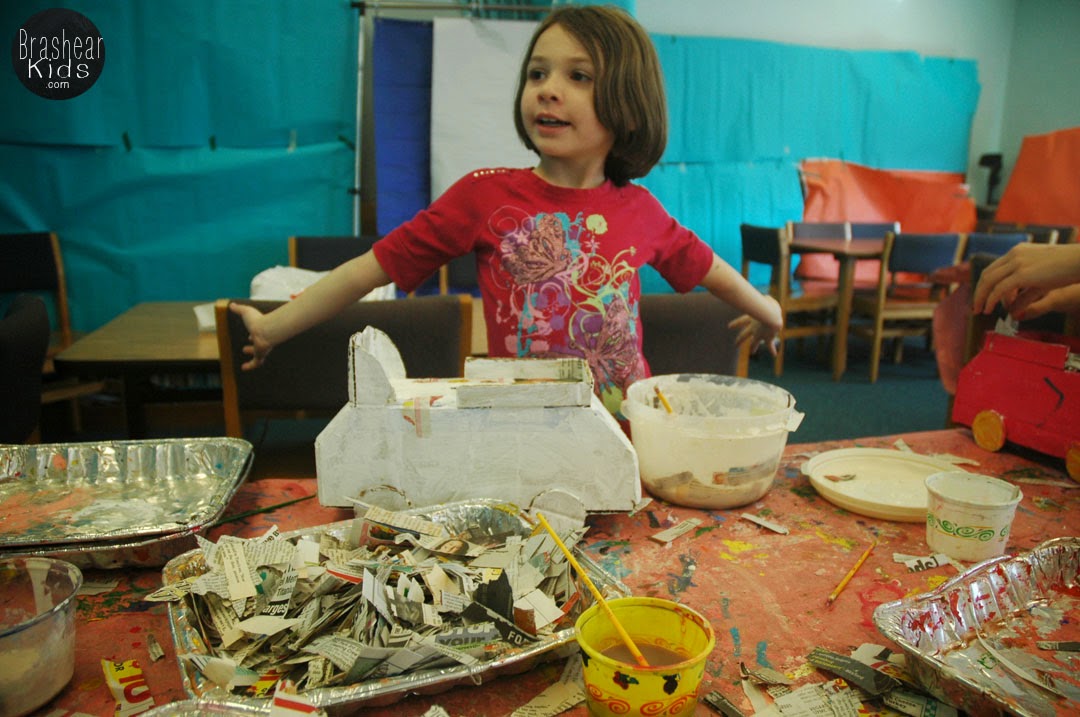 After the papier mache dried, the buses were primed with white tempera paint. This made the bus a blank canvas. Once that dried, the buses were brought back to school and we started decorating them with other colors of tempera. We had hand outs about Tap Taps to give inspiration to the students, but mostly they all had an idea of what they wanted to paint. 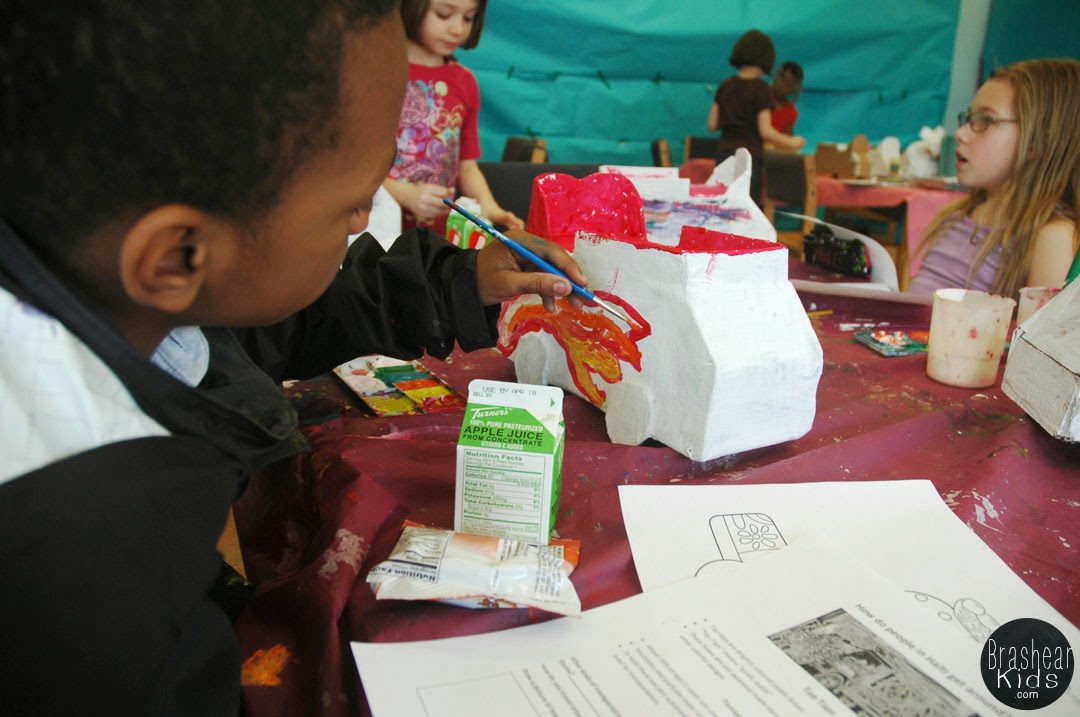 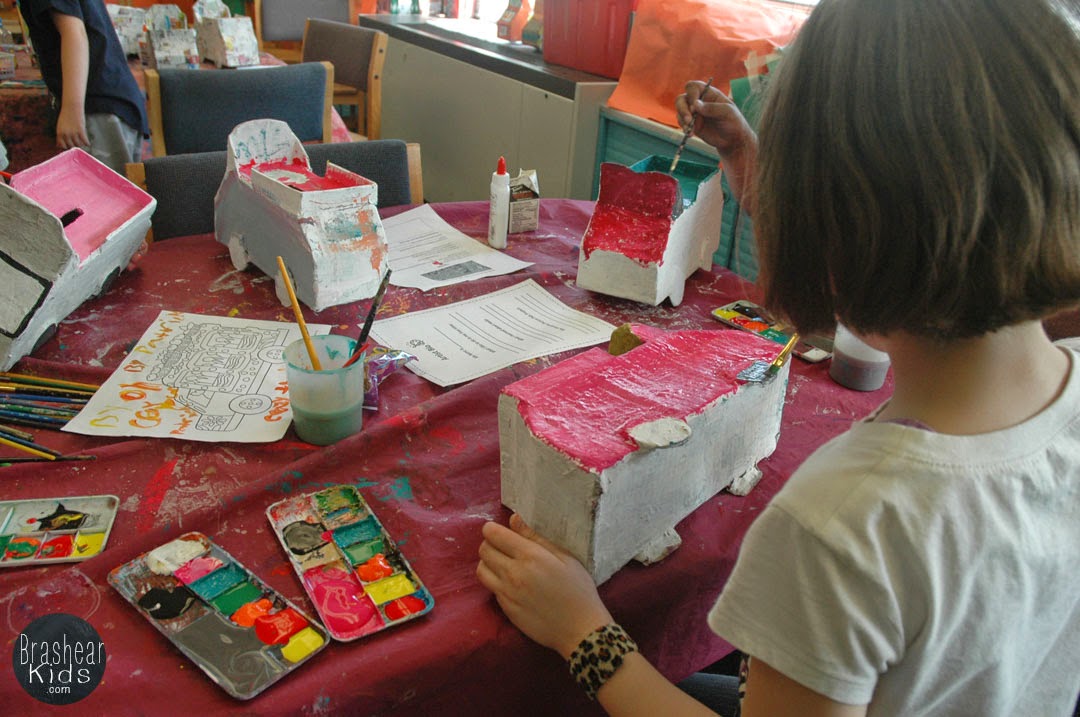 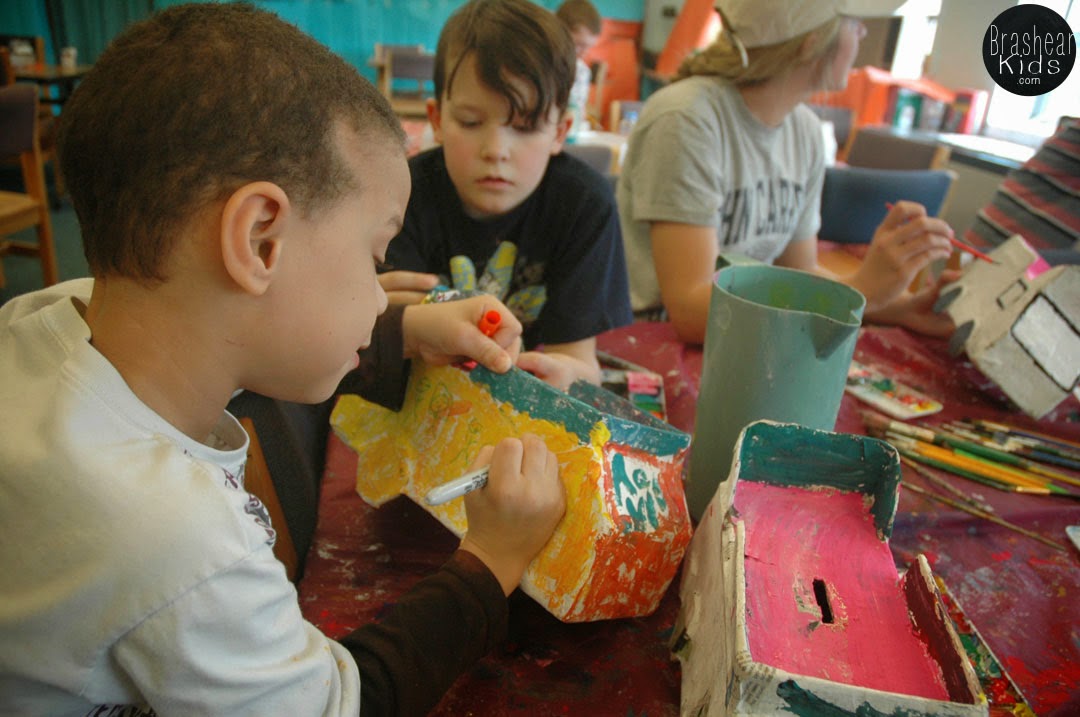 Some students even collaborated on decorating their Tap Taps. On dry Tap Taps, colorful Sharpies were good for detail work. We also made final touches by gluing on sequins and using puff paint to write inspirational messages on the Tap Taps, as is often seen on real ones. 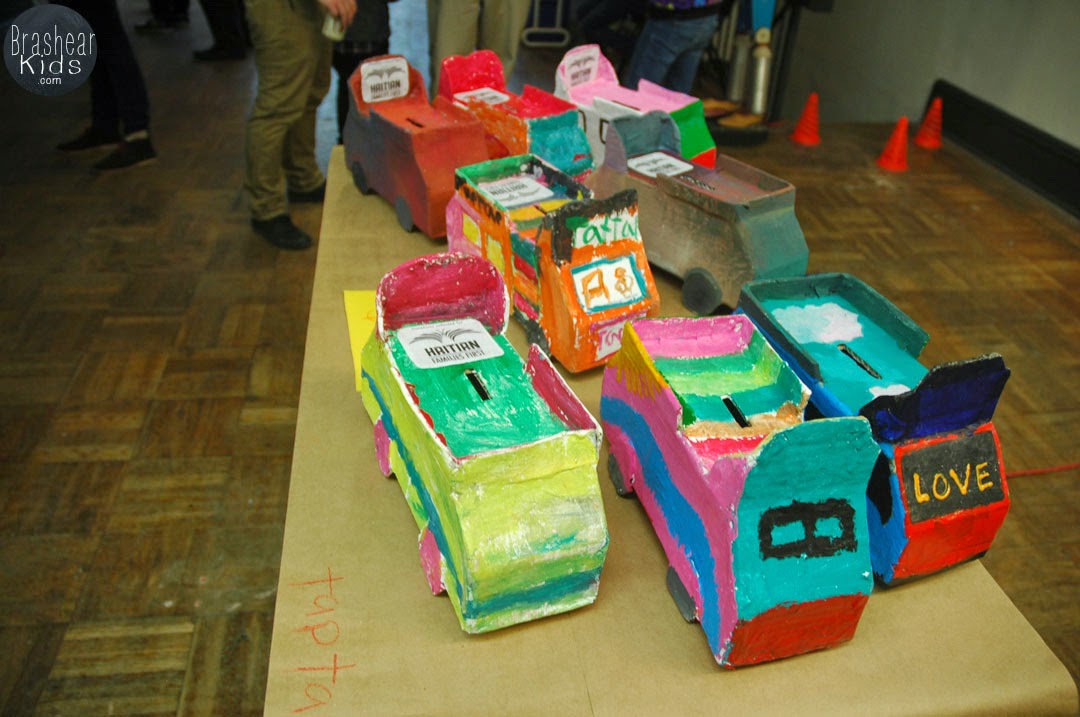 -Laura
Posted by Laura Ramie at 1:11 PM
Email ThisBlogThis!Share to TwitterShare to FacebookShare to Pinterest