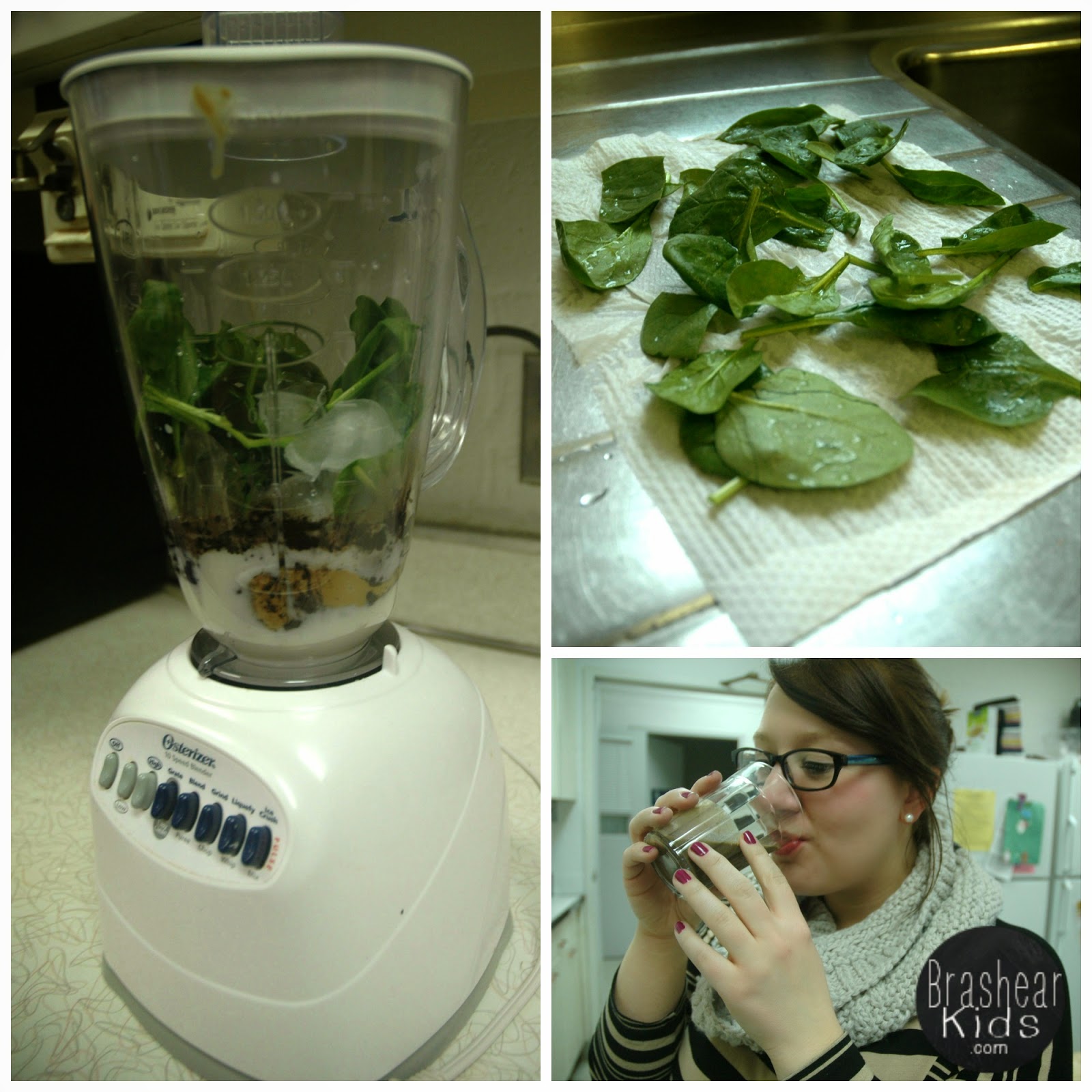 Our 4th and 5th graders of Allentown Academy had the chance to make smoothies at our after school programing a couple weeks ago!  Before making the smoothies with the students, we tested the recipe at the Brashear office.  So often, kids crave a sweet, chocolate get-me-up at the end of their long school day; so I found a recipe with a healthy spin to it to try with the students.  With some inspiration for the smoothie recipe from pinterest and many healthy blogs--this is the recipe I followed the closest.
Chocolate Peanut Butter Smoothie Recipe:
-1 peeled banana
-1 tablespoon of peanut butter
-1 tablespoon of cocoa powder
-1 cup/handful of spinach
-1 cup of almond milk
-6 to 8 ice cubes 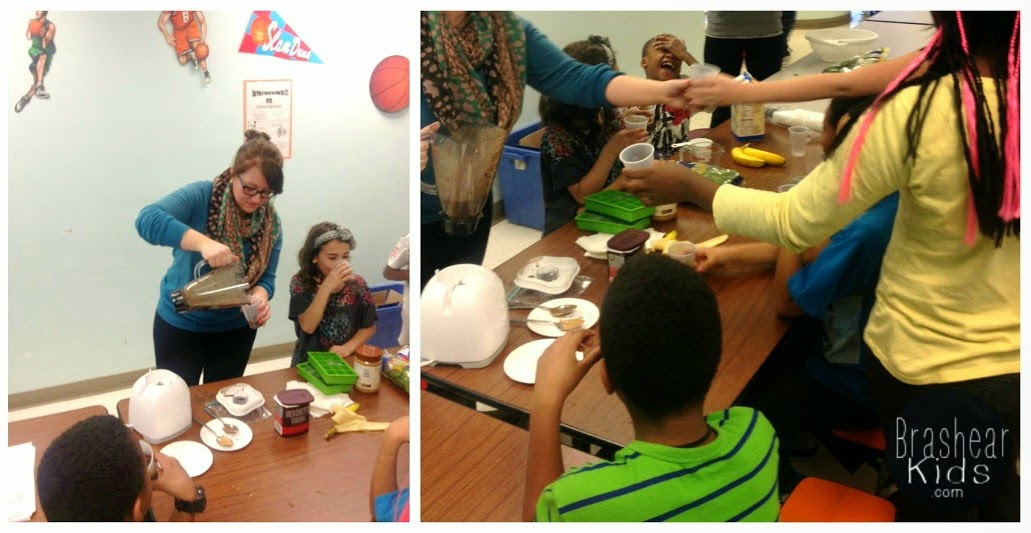 Upon hearing that we would be putting spinach in our smoothie, the students got a little worried.  Luckily, the spinach only made the smoothie have a green tint, but it's tasteless in our drink!  Plus, spinach is a great source of vitamins--what could be better than that!  When we made the smoothie during our after school program, the students were eager to be helpers.  Everyone tried to contribute in making this delicious and healthy drink. 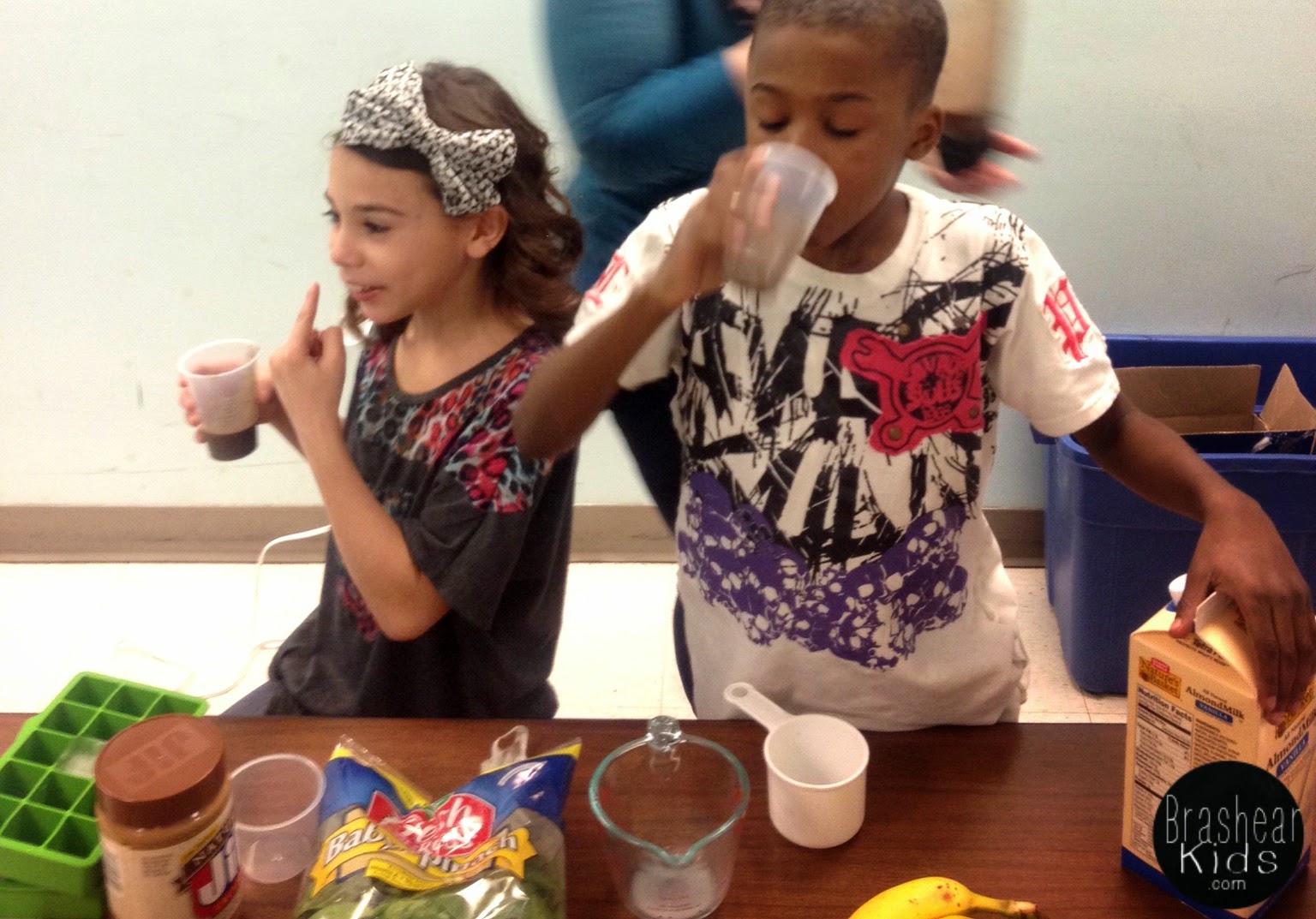 Overall, the chocolate smoothie seemed to be a hit; although some of the students were a little intimidated by the funky brownish-green color.  I love trying out simple, healthy recipes with our students in hopes they will try it at home sometime.  A couple of the 4th and 5th graders even requested the recipe!

-Emily
Posted by emilycimini at 6:21 PM
Email ThisBlogThis!Share to TwitterShare to FacebookShare to Pinterest