A couple weeks ago, our students of New Artists had the chance to check out Commonwealth Press for a field trip!  We got a behind the scenes look at the t-shirt printing process and Dan gave us an awesome tour of the place! 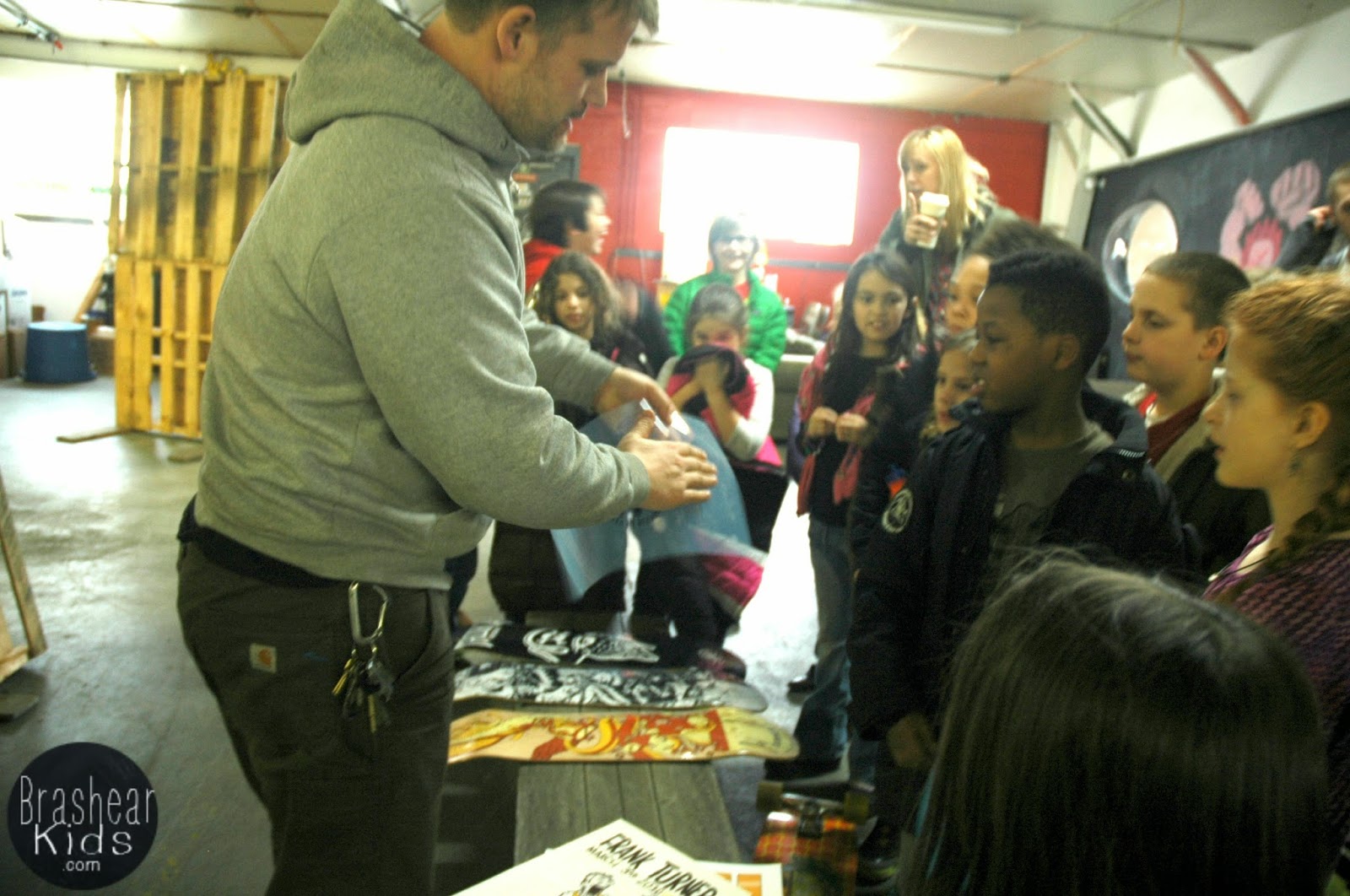 Commonwealth Press has been around for over 10 years, designing and printing Pittsburgh themed shirts for the city.  When we first arrived at Commonwealth Press, Dan first introduced us to the space we were in.  While we were there, we had a chance to see the machines used in the process, as well as the workers who made it happen.  Our students especially liked the disco ball hanging from the ceiling which inspired them to have an impromptu dance party. 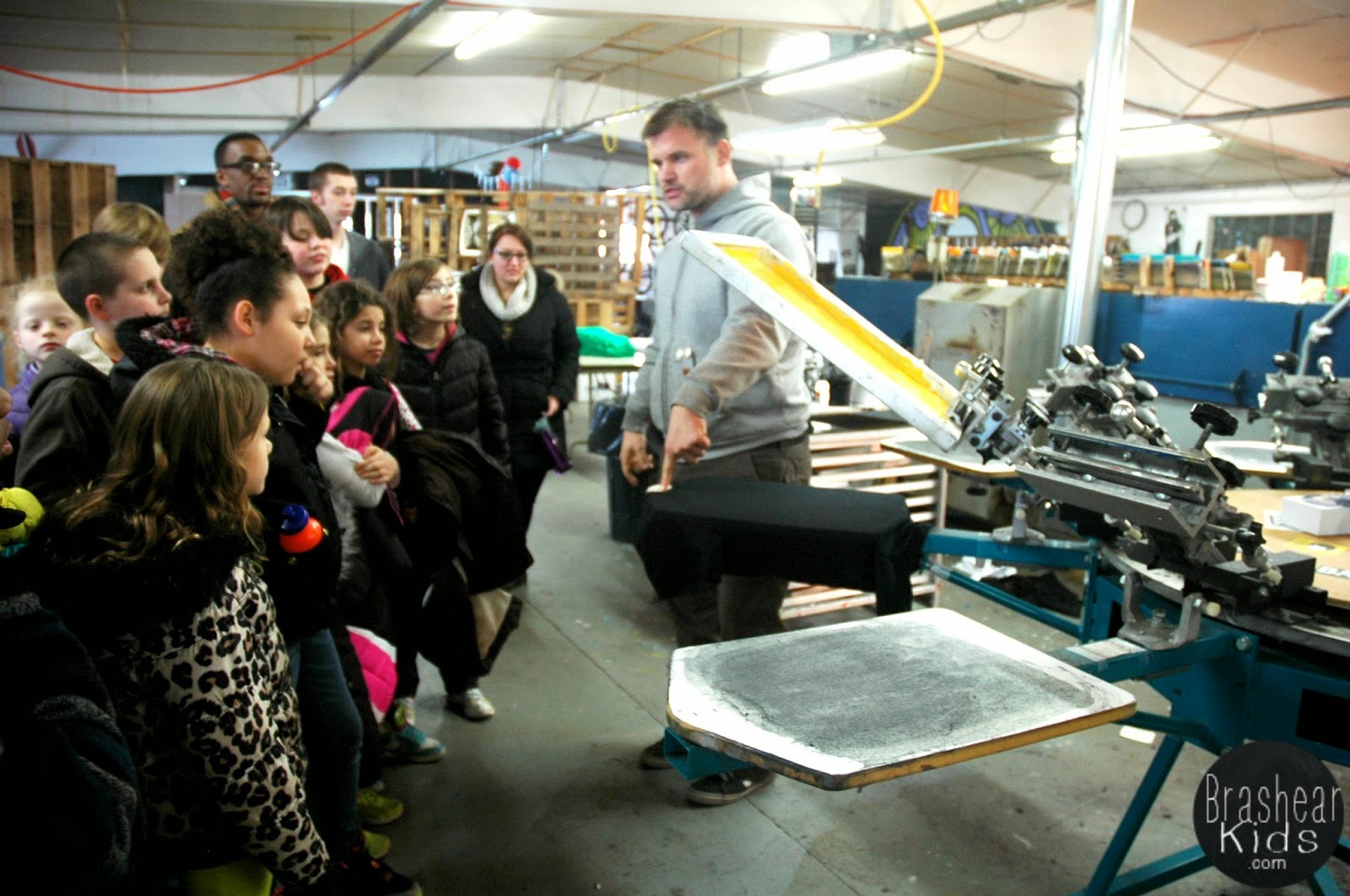 The students were mesmerized by everything around them, asking great questions to get a better understanding of what was happening.  Dan explained his interest in art as a kid, and how important it is to stick with it.  It was really interesting to see the industrial ways of screen printing and Dan explained the process and terminology so we could all get a better grasp on screen printing!  We even were able to see a sample shirt be made, which was really neat. 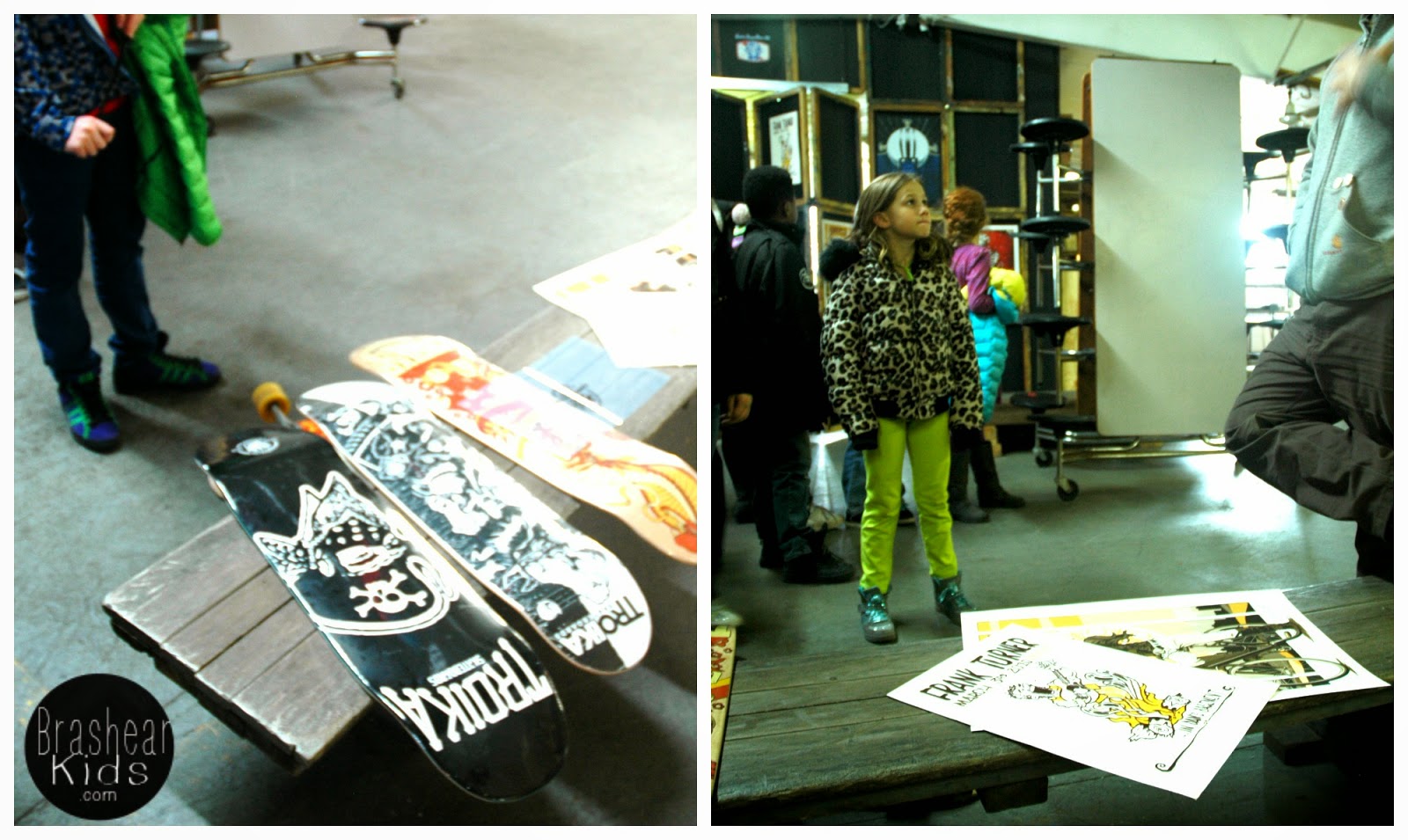 It was amazing to get a chance to see the art of creating shirts, and it gave us more of an appreciation for all the work that goes into it.  It was a relevant method for students to see, as most of them were wearing graphic tees which had at one point been through the screen printing process.﻿ 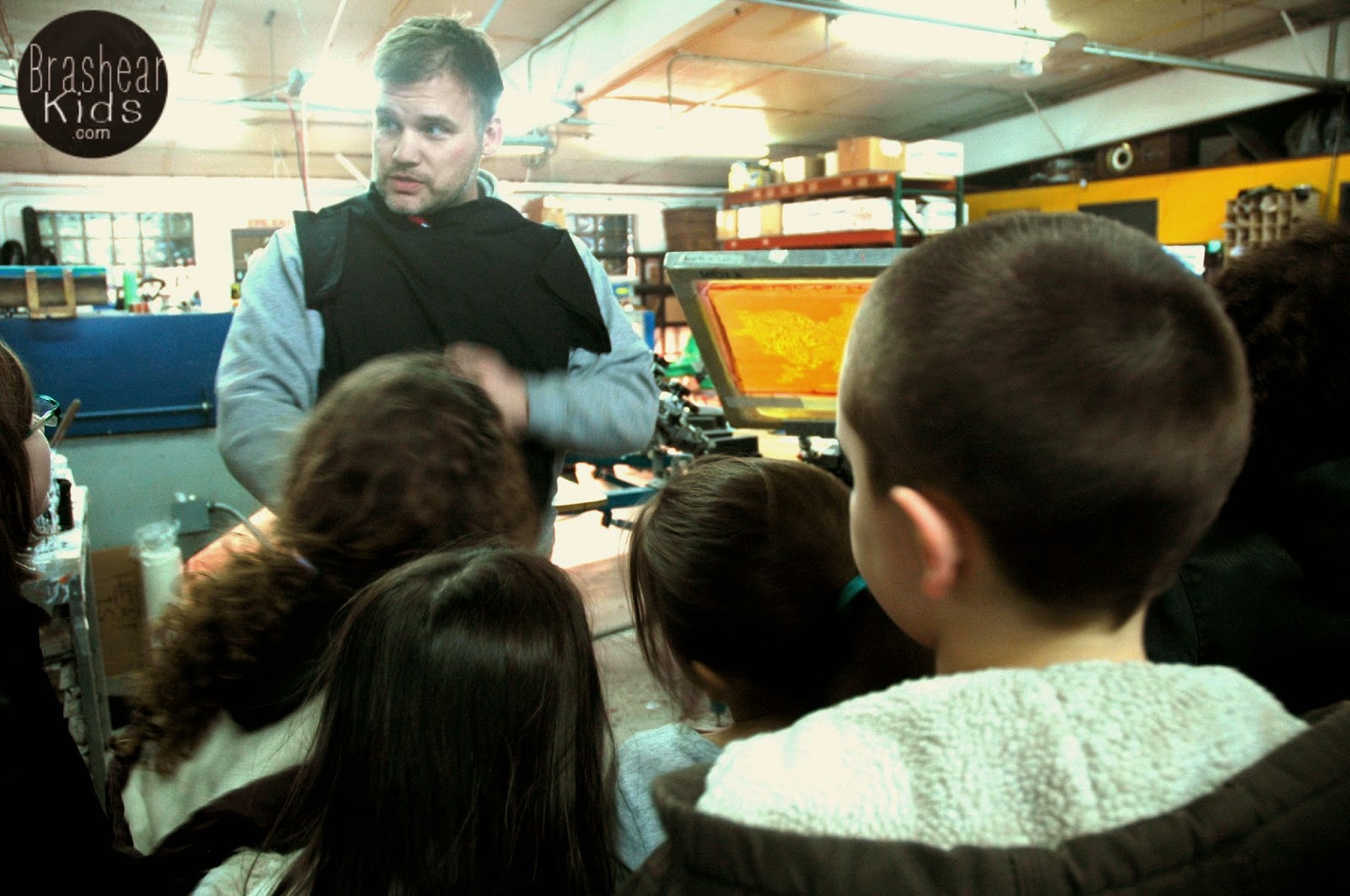 Before leaving Commonwealth Press, Dan gave all the students a black balloon if they asked a question about our visit we had just had.  He did a great job engaging the kids and giving them a fun, informative orientation to what he does.  It was an amazing visit;  we left feeling inspired to continue our dreams of creating art.

-Emily
Posted by emilycimini at 6:18 PM
Email ThisBlogThis!Share to TwitterShare to FacebookShare to Pinterest