We spent a day at Grandview Elementary making projects about the Moon and astronomy. This was our first day for a scientific experiment. Since Brashear's namesake, scientist John Brashear, was an astronomer and builder of telescopes, I thought our first experiment should be about space. 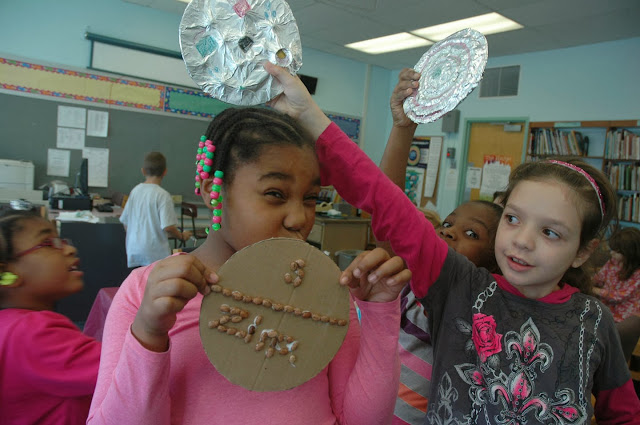 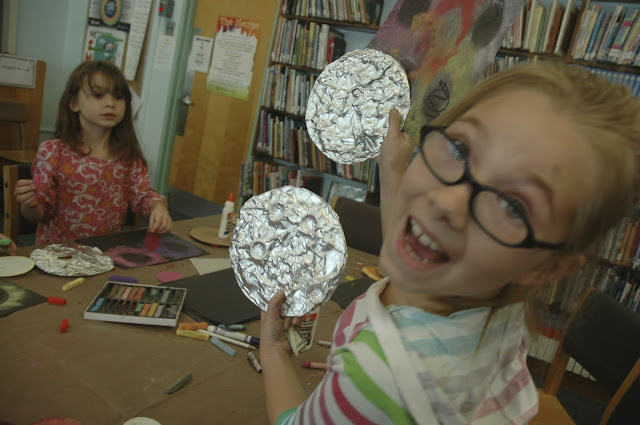 We made two space-related art projects. The first were Foil MoonScapes (read the How-To post here). The second was Solar Flare pastel pictures. These were made on black paper, using circles as templates and chalk pastel. They turned out looking like beautiful nebula spacescapes! 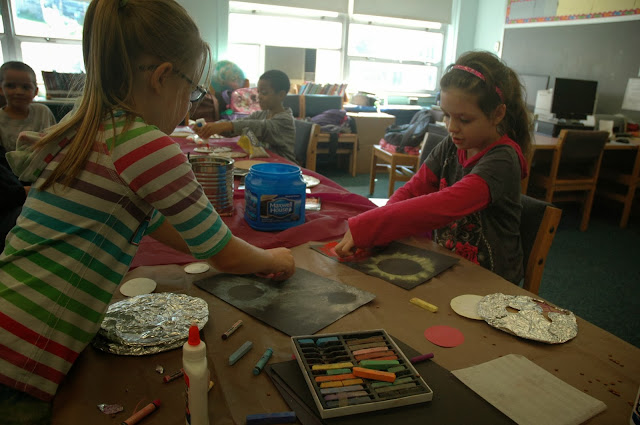 Our science experiment was titled, "Who Makes the Biggest Craters?" This was an experiment to simulate meteorites and the impact of gravity on the moon's surface. The first step was to collect data. The students helped me measure everyone from foot to shoulder. They filled out a chart from shortest to tallest. 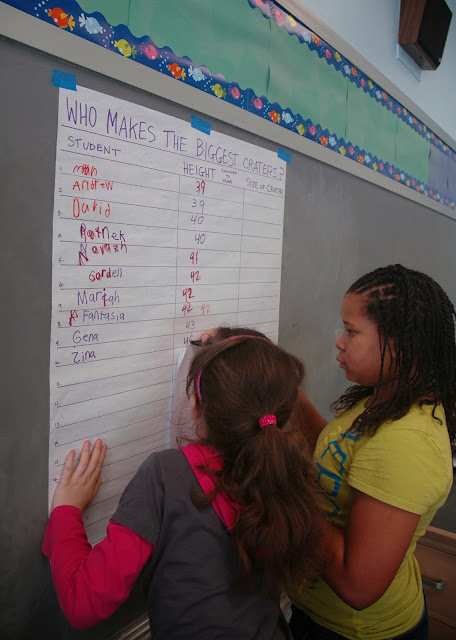 We went outside to the playground and set up our experiment. We filled a baking dish with flour. It was a challenge to make the flour completely smooth and flat, but my students found a way to do it by pressing a piece of paper over the surface. 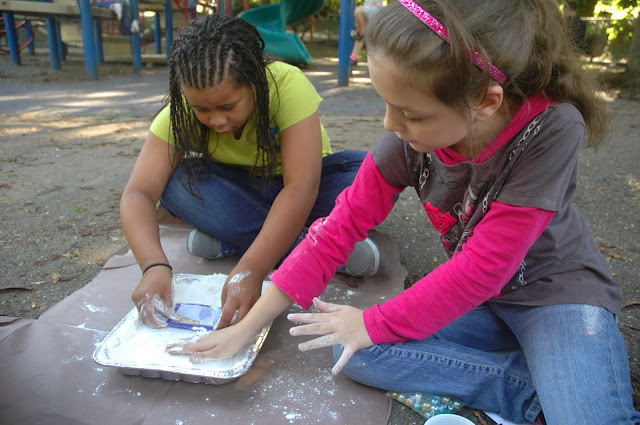 We sprinkled hot chocolate mix over the flour to make it look more like the surface of a planet. Also, it was pleasant to work around the smell of chocolate! 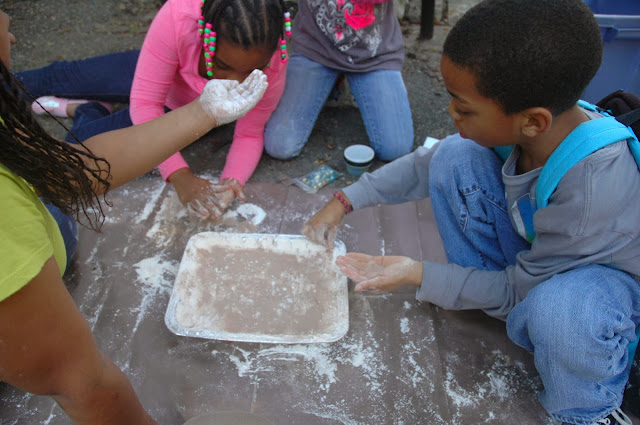 Once our flour was set up, every one took a turn dropping a marble into the pan. To keep with our chart of recorded height, everyone had to drop the marble from shoulder height. We carefully removed the marble and then measured the depth of the little crater. 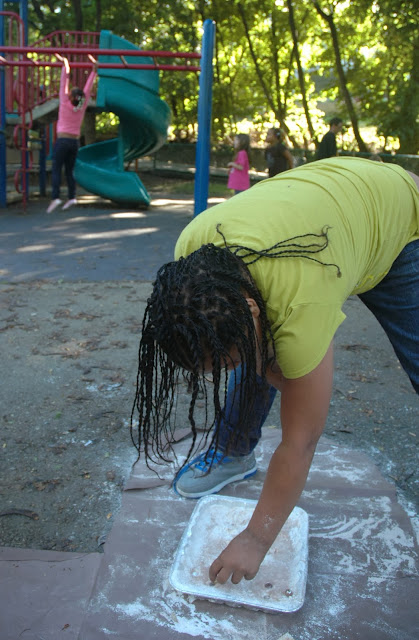 Our results tended to show that the taller participants made deeper craters. There were still a lot of variables, and our results were skewed because some students dropped their marble and others threw it with a little more force. Measuring the craters accurately was also a challenge. Perhaps we would use smaller rulers next time. The best part about the experiment was that we developed ways to work together to accomplish the tasks. After the experiment, we had some fun playing with the flour. 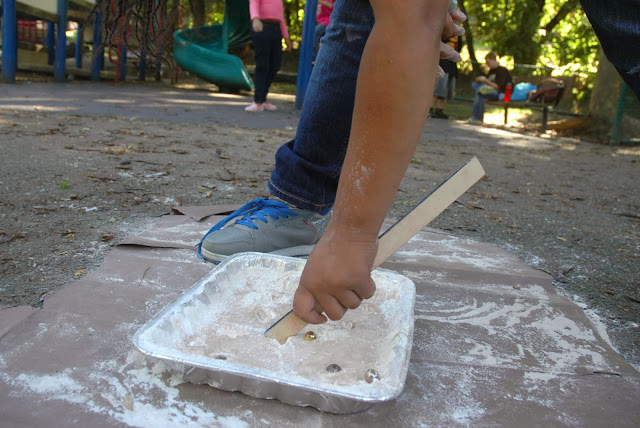 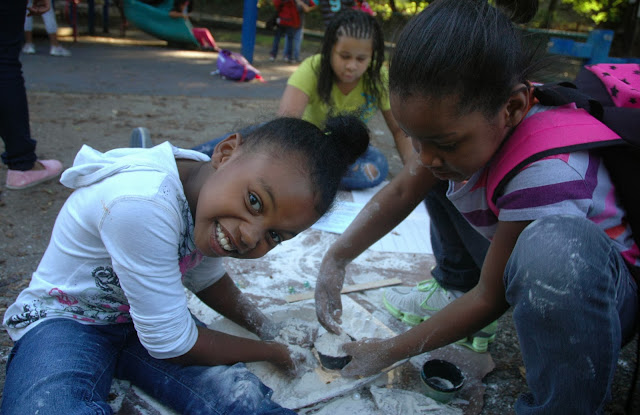 -Laura
Posted by Laura Ramie at 12:39 PM
Email ThisBlogThis!Share to TwitterShare to FacebookShare to Pinterest